From a Curator: 3 Reasons to Love Klimt

All that glitters is gold in the seminal works of Austrian artist Gustav Klimt. Renowned for his avant-garde approach, he has captivated generations of art lovers (myself included!) and artists alike. His works, characterized by sinuous lines, intricately detailed patterns and motifs, and an emphasis on the female form, have withstood the test of time, spurring contemporary takes on his enduring style. In honor of his birthday, I’ve highlighted just a few reasons to still admire Klimt today.

Klimt was a founding member of the Vienna Secession, whose goal was to embrace the unconventional in a time when traditional academic art ruled. Artists in the Secession aimed to create a new style that owed nothing to historical influence and were often met with criticism. For Klimt, this approach took the form of flat figures (in contrast to traditional realistic three-dimensional modeling), new mediums, and bold subjects.

In 1894, he was commissioned to decorate the ceiling of the Great Hall of the University of Vienna. Klimt’s finished paintings, respectively titled Philosophy, Medicine, and Jurisprudence, were a fresh take on the allegory, transforming these values into nude female figures outfitted with intricate gold leaf and ceramic detail. Deemed too sexual and even disturbing by some critics, the works caused quite a scandal. They were not actually displayed in the Great Hall, and Klimt did not accept future commissions from the state. Those who were enthusiastic about Klimt’s new approach, however, valued its combination of high and low art forms, elevating ceramics and metallics to the level of traditional painting.

Some of Klimt’s best known works –The Kiss, Portrait of Adele Bloch-Bauer I, Judith, and Danae to name a few–were produced during his Golden Period(1899-1910). He experimented with the application of gold leaf and metallic motifs inspired by Byzantine imagery, creating striking compositions that were met with critical success.

Perhaps one of Klimt’s more grandiose efforts was the Beethoven Frieze, a painted interpretation of Beethoven’s Ninth Symphony as mankind’s struggle for happiness. The work was created to complement Max Klinger’s sculpture of Beethoven and is known as a gesamtkunstwerk, or “total work of art,” for its unification of architecture, sculpture, music, and painting. Klimt illustrated the final choral movement of the symphony in visual terms, likening musical notes to ethereal floating figures. The final portion of the frieze, which depicts a gilded chorus of angels and a warm lovers’ embrace, hails the beauty of the arts, love, and companionship as the end to this suffering.

A skilled draftsman, Klimt sketched live models on a daily basis, capturing women in various poses and intimate acts. Though his early drawings were more traditional, Klimt’s fluid treatment of line and stylistic blend of figuration and abstraction in his later works give them a timeless quality. His figures were flat and lacked shading, and there was an emphasis on organic, loose, and often broken lines. Sensual and serene, these sketches evoke the essence of the human form.

Artists today still draw inspiration from Klimt’s style. I’ve put together a selection of works that pay homage to Klimt, by emerging Saatchi Art artists from around the world. 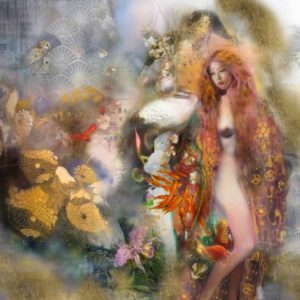 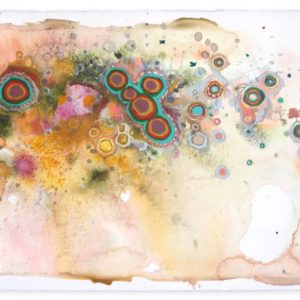 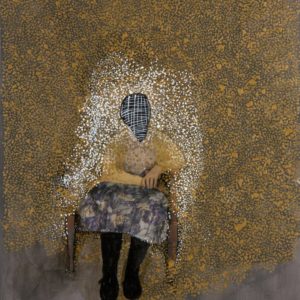 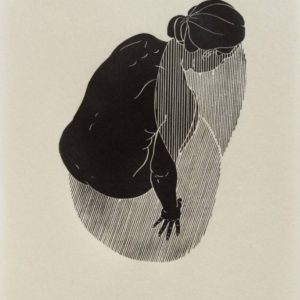 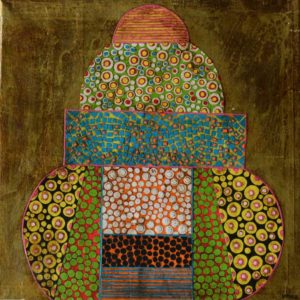 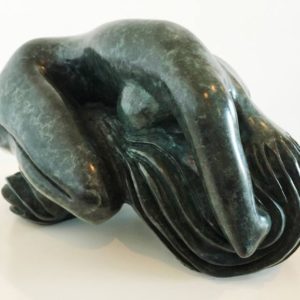 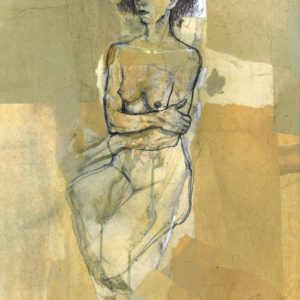 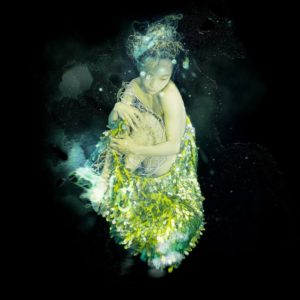 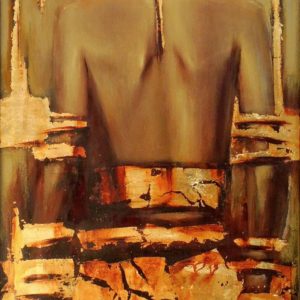 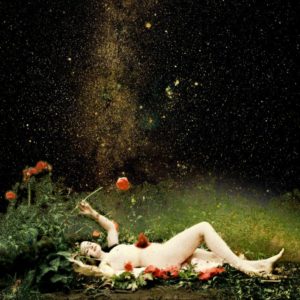 Best of All Possible Worlds 765 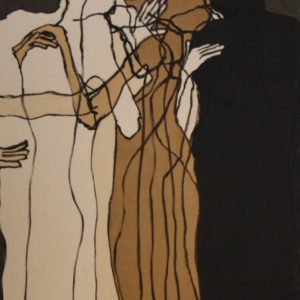