Do You Know About These Women Who Helped Shape Pop Art?

When it comes to Pop Art, Warhol and Lichtenstein are household names, and their well-known works helped inspire generations of artists and designers. Many lesser-known artists also helped pave the way for Pop Art’s lasting influence, including these 3 women artists who you may have never heard of, despite their groundbreaking contributions to the movement.

April 30, 2016 marked the passing of María Sol Escobar, a.k.a. the Venezuelan-American artist Marisol. This cool contemporary sculptor was part of Warhol’s world, and starred in several of his films.

Influenced by pre-Columbian art, Marisol’s artwork represented a unique blend of Pop and Folk Art that could not be easily pigeonholed by critics and collectors. Her creations were the talk of the town in the 1950’s and 60’s, helping to establish some of New York’s leading art galleries of the day. Thousands waited in line to see her sculptures. Her artwork was included in 2 shows at MoMA, before being shown at the Venice Biennale in 1968.

Shy and elusive, Marisol traveled extensively for long stretches of time. She fell into obscurity in the 1970’s, before being rediscovered and celebrated by curators and art lovers in the last decade. You can read more about her at The Boston Globe.

Family and children appeared frequently in Marisol’s artwork during the 1960’s. Her mother’s suicide when she was eleven affected her deeply and caused the artist to stop speaking for several years afterward.

Axell is credited with pioneering her signature technique of painting on Plexiglas, as well as for organizing provocative 1960’s “happenings” to accompany her art.

Fearlessly forward thinking, Evelyne Axell was one of the first female artists to create a nude self-portrait, in 1970. Her contribution to the contemporary art world was cut short by a tragic auto accident in 1972, at the age of 37.

Axell’s work is being featured now as part of the International Pop exhibition at the Philadelphia Museum of Art. You can also learn more about her life and work here.

Evelyne Axell’s artwork still raises eyebrows and inspires debate more than 40 years after her death. In 2016, Facebook tried (unsuccessfully) to remove Ice Cream (1964) from the Philadelphia Museum of Art’s page, for being “too suggestive.”

American Corita Kent served for 30 years as a Catholic Nun and was also an art professor at Immaculate Heart College in Los Angeles, where her friends and colleagues included John Cage and Charles and Ray Eames. Influenced by Andy Warhol’s work in the early Sixties and the lyrics of The Beatles, Kent is credited with helping to establish silkscreen and screen print as a fine art medium, and creating popular works that shared the message of love and peace, amid the intense social activism of the 1960s and 70s.

Kent decided to leave the order and focus on creating her art in 1968. After relocating to Boston, Corita created one of her most popular and controversial works soon after; Rainbow Swash, colorful graphics designed to dress up a 150-foot tall gas tank in the city, and said by some to contain hidden political symbols related to the Vietnam War.

The LOVE stamp Kent created in 1985 is another of her best-known works, resulting in sales of more than 700 million stamps for the US Postal Service.

After a long career dedicated to creating accessible art and promoting social justice, Kent died from cancer in 1986. Learn more about Sister Corita on NPR, or visit the Corita Art Center Los Angeles to learn more about her life and art.

Corita’s “Rainbow Tank,” is one of the most iconic landmarks in Boston. When the tank was completed in 1971, some thought they could see the profile of Ho Chi Minh in the blue stripe, included by the artist to protest the Vietnam War. Corita denied the claims, and remained committed to promoting peace through her artwork. 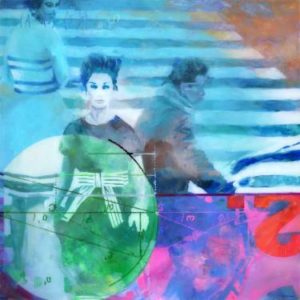 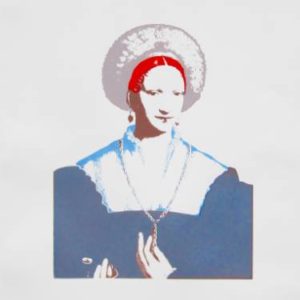 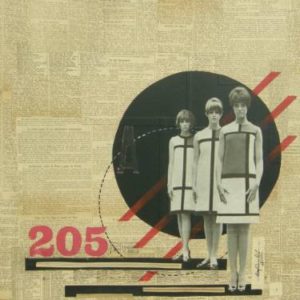 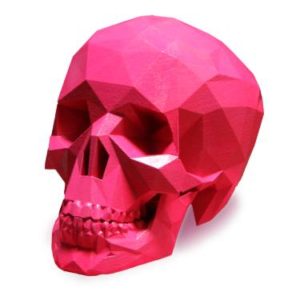 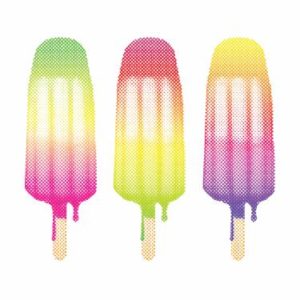 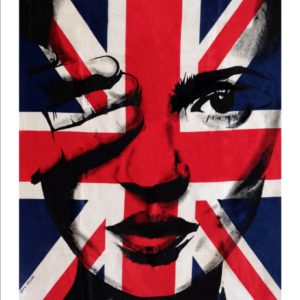