Beyond the Blue: The Legacy of Yves Klein

Not many artists can lay claim to a color, but Yves Klein (1928-1962) is synonymous with the mesmerizing, deep ultramarine hue he mixed in 1956 and dubbed International Klein Blue (IKB). Using a synthetic resin binder to suspend the ultramarine, Klein was able to preserve as much of the pigment’s intensity as possible, yielding a brilliant, vibrational new paint mixture. What inspired the artist to create an entirely new pigment? He desired to visually convey what he referred to as “the void”—a concept informed by his interest in Zen Buddhist teachings—which gestures to the infinite, immaterial space surrounding the visible universe.

In 1957, Klein debuted a series of 11 identical monochromatic canvases painted in the immersive hue. In presenting pure color on canvas, rather than an abstraction of something representational, he sought to bring viewers closer to that inexplicable, immeasurable void that lies beyond the confines of reality. Indeed, staring into one of Klein’s immersive canvases is quite like peering into an expansive abyss.

Such an infinite concept could not be confined to the canvas. What followed was Klein’s “Blue Revolution,” during which he covered everything from living female bodies to plaster casts of ancient sculptures with IKB. These projects were considered precursors to both performance art and pop art, respectively. In his famous Anthropometries performances, Klein painted nude female models in blue and directed them to drag themselves like paintbrushes across swaths of canvas in front of live audiences. His series of Venus de Milo plaster casts drenched in IKB anticipates the serial, iconic nature of much pop art to come, although the aim of his work was always to reach “the void”. This ethos was echoed in Nouveau Réalisme, a movement conceived in 1960 as “new ways of perceiving the real.” Yves Klein became the group’s leading member, advocating for the “multiplicity of new possibilities” that shaped his work, and would come to characterize the contemporary art world at large.

Despite living a brief 34 years, Klein’s legacy lives on not only through the iconic IKB hue, but through an extensive art practice that is said to have influenced the pop art, performance, and minimalist art movements to follow him. Read on to discover rising contemporary artists who share Klein’s reverence for color and awe of the infinite.

Anna Sidi-Yacoub’s wall-mounted sculptures ripple and reflect the space around them, drawing the viewer into their iridescent peaks and valleys. With Yves Klein’s monochromatic paintings, each viewer was meant to uncover a new and unique experience. Anna’s sculptures provide similar aesthetic experiences, with their reflective surfaces playing off different vantage points and lighting conditions to appear subtly changed with each viewing. Inspired by the wind and sunlight dappling ocean waves, Anna’s sculptures bring us closer to nature and, by consequence, closer to infinity. Anna is based in Kerry, Ireland, and she has exhibited throughout the UK. See more of Anna’s work here.

London-based photographer and printmaker Chloe McCarrick uses cyanotype and collage to reimagine found images, delving into narratives about unsung women, science, and natural history. Though a natural result of the cyanotype process, the pervasiveness of blue throughout Chloe’s work comes to support her conceptual interest in our connection to each other, history, and nature—connections united in a cosmic array of deep blue and scintillating gold leaf. Interested in the multitude of possibilities in image production, Chloe recalls Yves Klein’s spirit of expansiveness and experimentation. See more of Chloe’s work here. 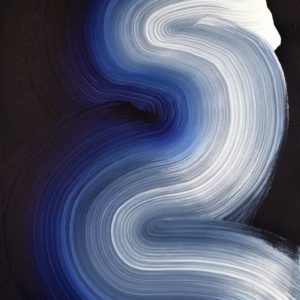 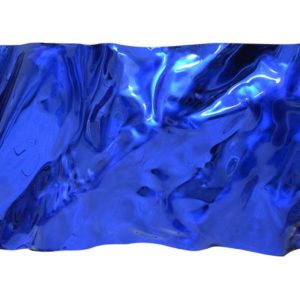 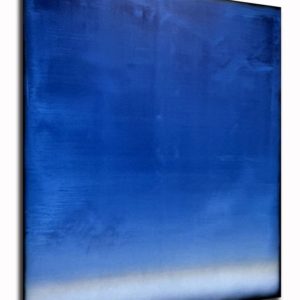 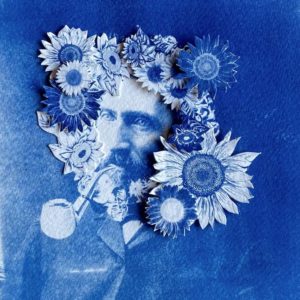 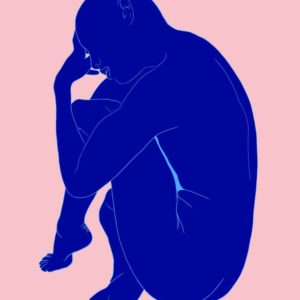 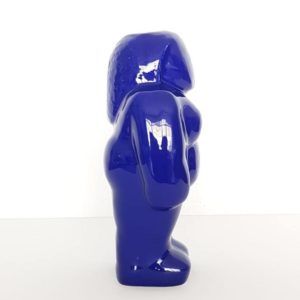 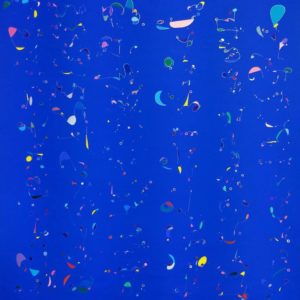 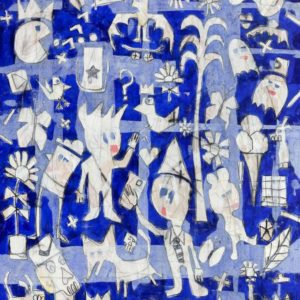 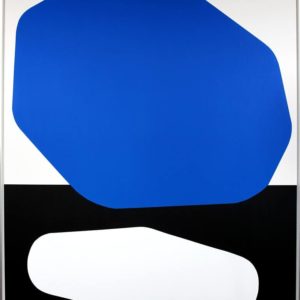