5 More Women Sculptors You Should Know

In honor of International Women’s Day, and the month-long #5WomenArtists campaign, and just because we love these artists, meet 5 female sculptors who changed the game.

Louise Bourgeois’ sculpture is emotional and cathartic, confronting the viewer with a visceral experience embroiled in the vocabulary of her psyche. Her work was groundbreaking in the realm of confessional art, often expressing deeply personal themes of loneliness, confusion, and betrayal. Bourgeois was born in Paris and lived with her parents in an apartment above an antique tapestry gallery the family owned and ran. Though she was close to her mother, her relationship with her father was strained, as she failed to meet his tough educational standards. An ongoing affair her father had with Bourgeois’ live-in tutor deeply soured their relationship. Left disillusioned, Louise turned to art as means to both escape and challenge patriarchal oppression. She created alongside other Surrealist artists in Paris, and in 1938 she began to exhibit her work and work by friends in a small section of the family gallery she claimed for her own. During this time she met her husband, art historian Robert Goldwater, and the two relocated to New York, had three children, and immersed themselves in the Abstract movement. She exhibited works made from driftwood wood, junkyard scraps, and other found objects. She later transitioned into using materials more vulnerable to human error during the creation process, notably marble and plaster, exploring how the unexpected loss of control paralleled emotional experience. Her Soft Landscape I series (1967) and colossal Maman sculptures explore, through figuration and metaphor, themes alluding to maternal qualities. After a brief return to Paris and the death of her husband, Bourgeois began teaching art throughout NYC, and spent the remainder of her life educating the next generation of artists. Louise continued to challenge gender constructs with her later works; her innovative and provocative sculptures and installations continue to greatly inspire artists working today.

Her works can be seen at the Guggenheim in Bilbao, the Kemper Museum in Missouri, the National Museum in Oslo, and more.

Yayoi Kusama’s signature polka dot is widely recognized, on display in one form or another in museums and galleries throughout the world. Kusama, born in Japan in 1929, established herself as an avant-garde artist across multiple mediums, turning to art at a young age to illustrate visual hallucinations she suffered from, and to cope with the corresponding anxieties. Her meticulous polka dots mimicked the psychological intensity she often experienced the world through. She once claimed, “I have a flood of ideas in my mind. I just follow my vision.” In the 1960s, after a tumultuous relocation to New York fraught with financial struggles, she began making sculptures that caught the attention of the Abstract Expressionist movement. Like Bourgeois, Kusama drew inspiration from traumatic childhood experience. Her soft-sculptures featured objects covered in phallus-like appendages, exploring and releasing fear surrounding the male form. She reified these anxieties through performance, installation, and writing, and is still creating today. Her iconic pop art aesthetic also lends itself to large and brightly colored public sculptures, which can be seen in Japan, France, and Los Angeles.

Born in the Middle East, Mona Hatoum’s art functions as a personal reaction to permeating political turmoil she experienced growing up. Her work combines sculpture, video, and installation to encompass viewers, relying in turn on their reactions to complete the piece. She turned to sculptural pieces in the late 1980s, and works like Light at the End, Light Sentence, and Incommunicado touch on themes of displacement and confinement. Cots, kitchen graters, and other household items are manipulated and taken out of context as a way to express individual anxieties associated with their use. The recurring presence of an infant’s crib, stripped bare to its metal grid or recreated from glass tubing, is meant to suggest a connection between the helplessness of infants paralleled throughout human experience. The Tate Modern held a comprehensive exhibition of her work in 2016, including Hot Spot III, seen above.

Lee belongs to a group of celebrated postwar artists who drew upon violent and tumultuous imagery seen in their youth, seeping into the development of their artistic skill set. Bontecou is lauded for her use of unconventional and found material—particularly for a female artist—creating work that is both physically and aesthetically heavy. Born in Providence, Rhode Island and raised outside of New York City, Lee’s parents were both involved in the domestic war effort during WWII, building military gliders and submarine transmitters. This gritty, mechanical exposure, coupled with the summers she spent in Nova Scotia amongst marine life, would come to inform her artistic practice. Bontecou was trained in painting at Bradford Junior College before turning to sculpture and learned to weld. She was awarded a Fulbright Scholarship to study in Rome in 1956, where she deepened her personal style, mixing bits of ancient Italian architecture with abstract expression and figuration. Her method really took form when she began to utilize her blowtorch to emit bursts of black soot, relying on its effect to create otherworldly beings and formations. Her work Untitled (1961) uses found and repurposed materials to fashion her interpretation of a cyborg-like being, human and mechanical. Its gaping, saw blade encrusted “mouth” references Rome’s Mound of Truth fountain. The repetition of orifice is a leitmotif Lee often used to imbue a mysterious sense of fear or entrapment, although some interpret these as more directly corporeal and tied to a dominant understanding of female genitalia. Bontecou attributes the aggression that exudes from her pieces as a reaction to war, the gruesome images she saw from the Holocaust, sustained violence in Vietnam, and continued air of Cold War hostility all around her while growing up. Throughout her carrier, she broke many barriers for a female artist, holding her own in the male-dominated New York scene.

Isa Genzken’s true nature as a sculpture relies on using materials that are diverted beyond their usual recognition in a manner that suggests impermanence, asking viewers to question the world around them. Born and raised in a small city in Northern Germany, Isa studied art and art history at multiple universities throughout the country. After graduating in 1977, she spent years teaching sculpture and creating her early work, which included experimental performance art and film. Genzken is informed by the Constructivist and Minimalist movements of earlier in the 20th century, both challenging the classic “beauty” and aesthetic preoccupation associated with art. Often described as contemporary ruins, Genzken reimagines Modernist architecture by stripping it to its bare, exposing vulnerabilities and our capacity to both build and deconstruct in perhaps the same breath. Some of her earliest exhibited sculptures, called ellipsoids, were crafted from lacquered wood and ranged in size from ten to thirty feet, relying on the pioneering use of a computer to help create their specific shape. These works employed Genzken’s recurring concern of engaging the audience in a sort of physical dialogue with her work, here forcing them to consider the tangibility of their space and presence. Her recognizable Rose sculptures represent the artist’s challenge to how we perceive objects through our senses, manipulating size, scale, and suggesting an inherent architecture of all things.

Love reading and learning about all things art? You can have articles from Canvas, curated collections, and stories about emerging artists delivered straight to your inbox. Sign up for the Saatchi Art Newsletter.

Can’t get enough female sculptors? Check out part one of our list below. 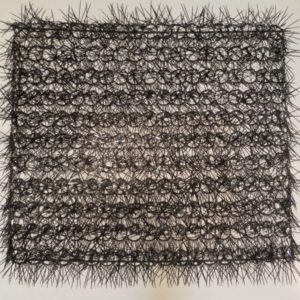 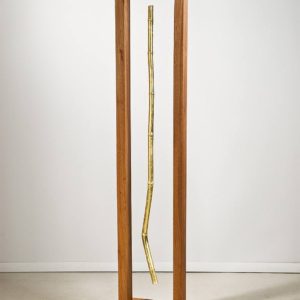 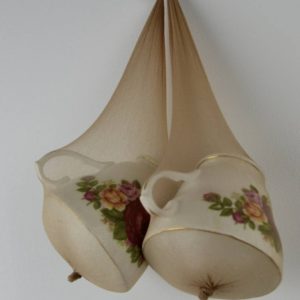 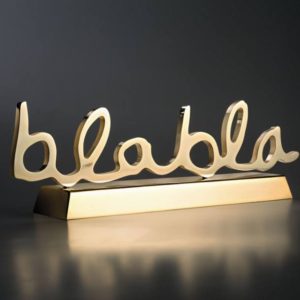 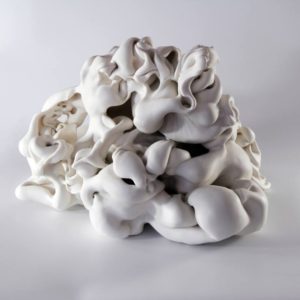 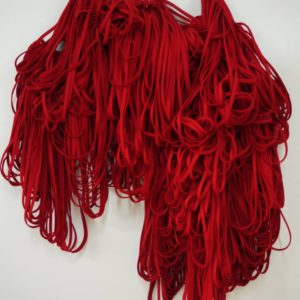 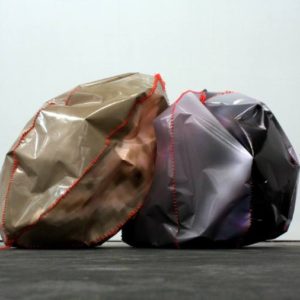