What are the major themes you pursue in your work?
My art practice has been strongly influenced by travel, and especially the time spent on, and by, the ocean. I used to be a quite peripatetic writer/photographer working for travel and sports magazines all over the world and I have been strongly influenced by a variety of sources; from Japanese ideas of Zen and Shibui, to Australian Aboriginal art and the notion of the dreamtime.

I see my pieces as philosophical discourses (I majored in Philosophy at University) that start with a process-based aesthetic.  So, for instance, in my Horizon Lines series, the pieces started with Kant’s Critique of Pure Reason and his ideas behind the line–one part being that we see things based upon past experience, not simply by what is in front of us.  So, by slowly drawing lines on paper and canvas in a kneeling, almost meditative process–in order to create an abstraction of the Horizon (sea and sky… sand and sky etc.)–it allows the viewer to bring their own experiences into play and hopefully allow for similar feelings to be triggered; calm, spirituality, possibility, and so on.

So, ultimately, one’s experience in standing in front of one of my pieces will be akin to sitting at the ocean’s edge or in a desert where a wide-open expanse is on offer.  They look simple but as you peel back layers there are further layers of meaning. Deceptively simple, I like to say.

My next series is evolving from the Horizon Lines series, but uses old Indigo textiles and linens from Mali and Japan to explore a sense of solitude, space, and time.  Another of my current series is an exploration of identity where I do large fields of thumbprints in a limited palette of colours.  It started as a meditation on the identity of an artist; by using my thumbprint I create simple pieces almost anyone could do, but are unique to myself, as my thumbprint is unique, but also explores further notions of race, identity, and tribalism.  I guess you could call my works ‘aesthetic essays,’ in that they stem from philosophical notions but are explored in purely aesthetic means.  The major theme of my work is probably the individual’s place within the infinite expanse of the universe.

What was the best advice given to you as an artist?
I receive lots of advice from all kinds of people, which I generally listen to, then ignore. But, I stick to two main pieces of advice: 1) One, from my father, who said the best investment you can make is in yourself, and 2) My own, which is to never give up.

Prefer to work with music or in silence?
Always with music.  I play drums and have music on constantly but when I am working it is generally very calm, chilled music (bands like Air, The XX, Ali Toure, Anouar Brahem Trio and so on,) as listening to Led Zeppelin really isn’t conducive to producing meditative works.   Some music even influences the titles of my pieces such as; Miles Davis’s Kind of Blue, Air’s J’ai dormi sous l’eau, etc. Also, I can’t work with others around so if someone comes by I stop, have tea, chat, and relax.

If you could only have one piece of art in your life, what would it be?
The ocean.  Barring that it would have to be something transportable and somewhat magical if I were only allowed one piece.  Otherwise, I would like something like a Guenther Uecker Regen piece or a work from Brice Marden’s Cold Mountain series, unstretched and easily transportable. A small Howard Hodgkin India painting would be great as well.

Who are your favorite writers?
I read a lot. I tend to read a lot by the same author once I like one or two of their works.  Right now Haruki Murakami probably tops the list, but Ernest Hemingway, Herman Hesse, and Pablo Neruda (poetry) are some of my faves also.  I have read lots by Paul Theroux, Antoine de Saint-Exupery, Paul Bowles and Bruce Chatwin, as their travel writings always keep me inspired. And, I recently read Antoine Laurain’s ‘The President’s Hat’ and loved it.  I highly recommend it to any artist that might be going through a lull, or slump.  It’s all about catalysts!

My way of reading is to generally have about three books on the go at once. Usually one or two novels and an art, history, philosophy or design book etc., so that I can satiate my changing moods, remain inspired, but still move forward with the reading. I rarely read one book right through in a short period of time. This also helps in not devouring the great reads too quickly. I hate when a great book is done too quickly.  I like to take my time with things, which seems to be a luxury in this day and age. It’s a bit like art; one never really wants to leave a great show they have been enjoying.

Works for sale by Alexander Jowett 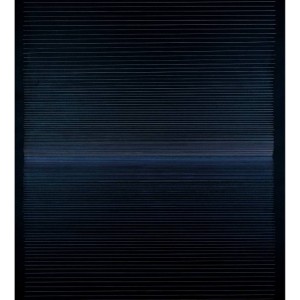 After the Lightning Strikes 4,400 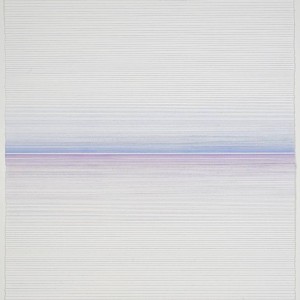 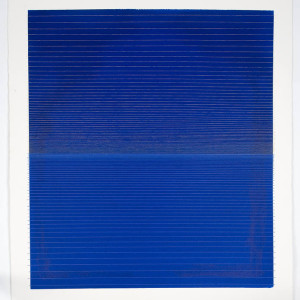 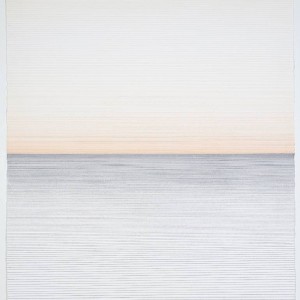 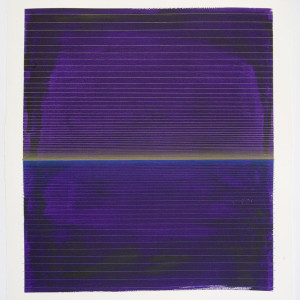