Meet the Others: Christopher Cristóbal Newberry

The Other Art Fair London exhibitor Christopher Cristóbal Newberry has come to regard himself as an ‘image creator’, having had a varied career from directing educational documentaries for the BBC to creating his verisimilar images and compositions that characterize his current practice. Read on to discover more about how Christopher creates his images and how lockdown has been treating him.

My name is Christopher Cristóbal Newberry.  I use both my English and Spanish names because I identify equally with being both British and Mexican. My mother is Mexican and my father was American.  I was mostly brought up in Mexico City in a small 3-bedroom house with my extended family, which included my mother, two sisters, two uncles, an aunt and my maternal grandmother (who taught me about the delights of Mexican cooking).  We alternated that with spells in Dayton, Ohio, where I learned about how poor working-class people live and think in a wealthy, developed country. People who today may vote Trump. I led two lives: while in Mexico it was a comfortable lower middle class existence; while in the USA we had rats in the walls, no electricity upstairs, no heating, lots of booze and some domestic violence.
I studied Communication Science and Practice at the Universidad Ibero Americana.  Soon after, I came to Britain and worked as a housing adviser in North Kensington, London, learning that poverty is a relative thing.  I returned to Mexico with my partner where I directed documentaries for national television.  When we came back to Britain I worked freelance with BBC Education and BBC World Service.  I did (and still do) voiceovers in Spanish. I’ve written 3 books on architecture and social history (Look Up! Winchester / Salisbury / Oxford).  I worked with voluntary organisations helping them produce communications, which is how I got into writing and photography.

In order of perception:  1) Verisimilar, 2) impossible and, ultimately, 3) truthful.

Can you walk us through your process? How do you know when an artwork is finished?

I use photographs to create images.  I take a photograph of reality: a landscape, a seascape, a building, an urban scene.  The objects in these scenes reflect light.  I press the shutter to trap the light. I digitally manipulate that image, transforming it into an impossible one.  However at first sight it appears to be truthful. It is not. My images are verisimilar.  They only look like reality at first sight.  In the same way that in social media information can appear to be truthful, but frequently is not.  Truth is obfuscated.  People on the whole rely more on their feelings, beliefs and perceptions than on facts and reason to arrive at conclusions. Once the viewers realise they are looking at a false image, it immediately becomes a true image, because they are now seeing what I made rather than what they thought they saw.
Technically, I look at a scene that I photographed and pick out the geometric elements.  So, at its simplest, a seascape is transformed into perfect horizontal rectangles.  A fruit stand becomes rectangles and circles.  Lines are perfectly straight.  Any symmetry becomes almost perfect symmetry. People appear to be doing things they cannot.  I’m finished with it when I can’t find anything more to do to it.  What I describe here holds true for “Platonic Views”, a series I started in 2008.  Although truth is still a theme, lockdown has changed things a lot.

There was the inconvenience and, to a degree, the heartache of finding that my exhibition at Dean Clough Galleries was closed just a couple of weeks after its opening (when it was meant to run for 3 months).  It is still hanging in the closed gallery. The postponement of The Other Art Fair was also a bit of a bummer!

However in terms of my work, lockdown has actually been very good.  Not being able to travel has meant that I have to focus on my immediate surroundings and it has inspired me to create a different kind of image – it’s a series called “Lockdown”.  It consists of images which are 11×11 squares.  Perhaps my dining room walls, a ceiling, bookshelves, the patio, the bed, etc.  The first in this series was Composition 462 – “Coronavirus” –, where I am the subject.  I’ve long had a “thing” about the number 11 – the simplest of symmetries. Coincidentally, the word “Coronavirus” is 11 letters long.  So I photographed myself holding the tools of Lockdown:  The paintbrush for DIY and the fork for gardening.  I am wearing a facemask made for working with asbestos dust.  It makes me look like a frightened bug.  Then, using semaphore code (where a person holds flags in certain positions to signify letters), I write the word “Coronavirus” as a column. I create 11 rows of 11 letters. Each row is a phrase.  So the top row starts with the ‘c’ from ‘coronavirus’ and reads ‘cannotsleep’; row 2 starts with ‘o’ and says ‘overanxious’, and so forth.  Lockdown, particularly at the beginning was rather distressing because we did not know what was to come.  I had visions of cadavers on the streets. Groceries – toilet paper shortages were merely the beginning of what would lead to mass starvation. I thought about what I would do once society had crumbled and it was ‘each man for himself’.  That sort of thing.  With time and knowledge the anxiety has more or less vanished (though I still wonder how the pandemic will have affected the world when it has passed).  What still worries me is not the virus, but the false information being put about in social media, which will make things even more difficult.  At the time of writing, we are going into another lockdown. So I have to return to the theme of ‘truth’ and I hope that my images will remind the viewer to see things as they are, rather than as they would wish.

As a teenager I was told to study something practical.  I completely ignored that advice.

Can you tell us something about you that people would be surprised to hear?

Shop artwork by Christopher and other trailblazing artists at The Other Art Fair’s Online Studios. 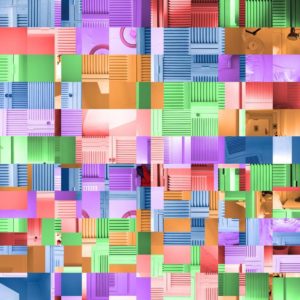 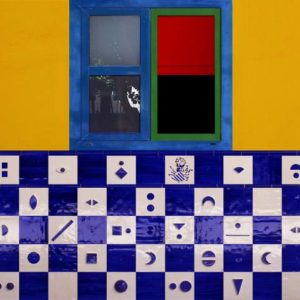 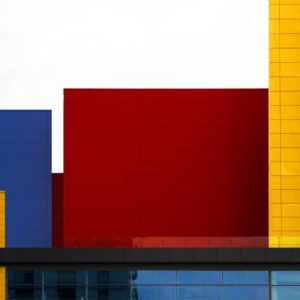 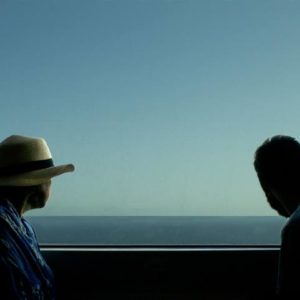 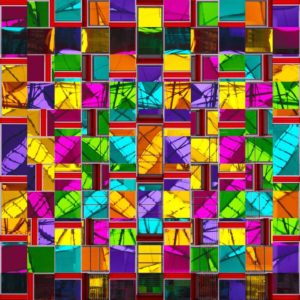 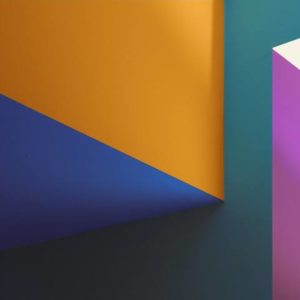 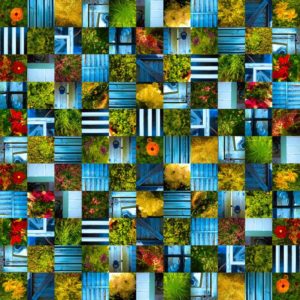 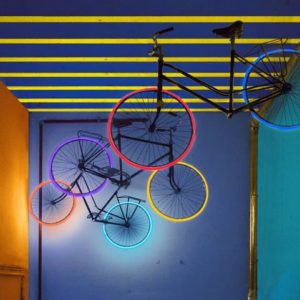