Ant Pearce is an emerging British artist, based in London. He attended Central Saint Martins School of Art and Design, after which he studied the MA Visual Arts course at Camberwell College of Arts, graduating with Merit in late 2012. Ahead of his appearance at The Other Art Fair Los Angeles and Brooklyn in Fall of 2018, we had a chat with Ant to gain a deeper insight into his practice.

What are the major themes that you pursue in your work?

Space-Time, the human condition and Women all feature to different degrees but overall perhaps Birth into the System we are part of and the recurring patterns that occur within it. The idea that the Space within the System contains Time which in turn contains smaller pockets/rooms of Time; best thought of as Change. This can be likened to the Greeks notion of time: Chronos, essentially empty without content or meaning; and Kairos a Time charged with promise and significance — Time that saturates Time. The cycle of suddenly entering, passing through and exiting, often abruptly, from these pockets/rooms of Time and the causal/consequential phenomenon of Memory which in turn leads to Fragmentation. The overwhelming sense that everything has already occurred before it happens, and we are just viewing/replaying events within the System.

Whilst training at various London art schools from The Working Man’s College to Central Saint Martins and finally Camberwell College of Art, I developed a curiosity and the desire to experiment with different materials and techniques. From these experiences, I have been able to layer painting; woodcut print, fabric and hand and machine stitching into works, which are all essentially drawings. The artworks are exercises in mapping and they allow for changes in how something is perceived. These mediums evoke chance and awaken the subconscious which emerges within what is structured space. 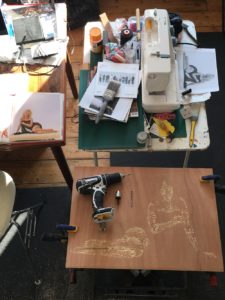 The work has become more layered; communicating more complexed ideas. Increasingly the use of colour has also been introduced from one series to the next. Initially using only black and white, to working with solid colour backgrounds to selections of colours in a variety of materials including paper, cotton fabric, lace and threads. Most recent works have been created using coloured inks and have been more organic, with hand sewn elements incorporated into a few select pieces. Going forward this will no doubt develop in complexity and result in more layered work again.

Everything starts with an Idea, often most commonly months or years before the work is made. Then the most important aspect of the creation process — selection of the right images; and then the materials and techniques. Once images have been selected, works are usually visualised during classical music concerts; often piano recitals. For example, work from the three-part series Transcendental Aesthetic, which will be on display at TOAF Santa Monica and Brooklyn, mirror a three-part series of ‘Late Style’ piano curated and performed by American pianist Jonathan Biss during 2016—17 at Milton Court, London. Each series starts with the production of rough experimentation using the chosen materials, sort of prototype scraps, which then develop into small ‘sketch’ work and are then taken into larger pieces. The process can take weeks and more complex layered works take much longer to complete. Once there is enough information to read the work, it is deemed finished; a series is finished when there is no more to say, at least at that time. Images have been revisited and new work created after a year or more. 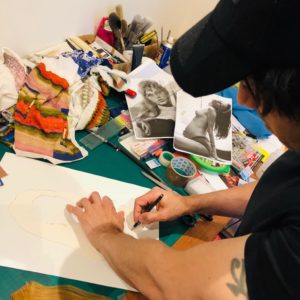 My background is in Biochemistry and IT having worked as a business consultant in the City of London for some years before starting to create artwork — I am at heart an analyst who creates artwork. Recently I have rekindled an interest in connecting with the body — the organism — and earlier this year I qualified as a Level 1 Coach in the sport of Olympic Weightlifting. Now training at CrossFit Dawn, I have plans to take my Level 2 coaching qualification next year. Perhaps I will mix coaching with creating artwork. Hopefully I’ll have time for a workout at CrossFit Santa Monica and Green Point between fairs!

My time at Central Saint Martins was short but so amazing, being able to just play with ideas, materials and techniques, and the energy and emotions at that time and to some extent at Camberwell gave me a solid grounding to move forward from — although this has taken years to realise. And seeing how a work develops from nothing; a description or map of something inside, a vague snippet of an answer coupled with the sense of release, never ceases to elude me. 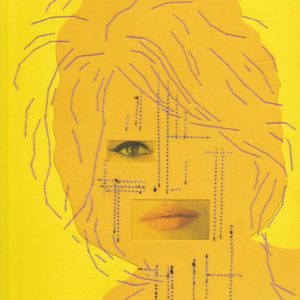 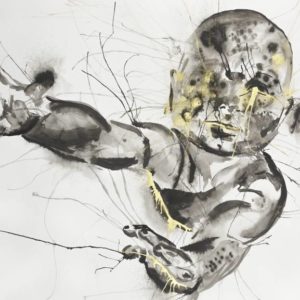 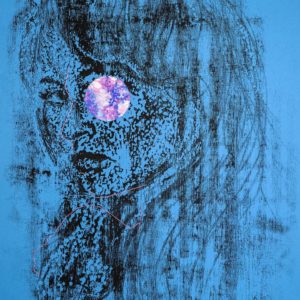 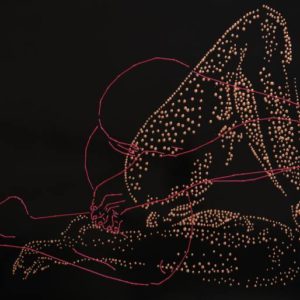 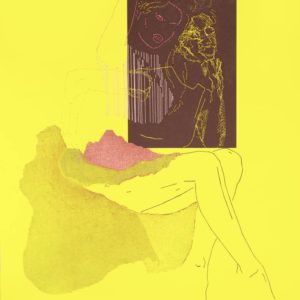 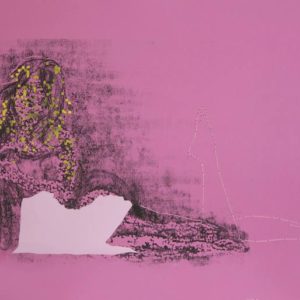 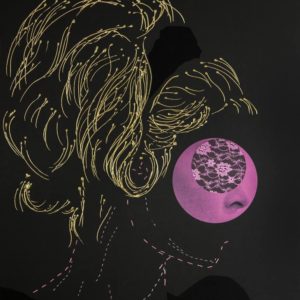 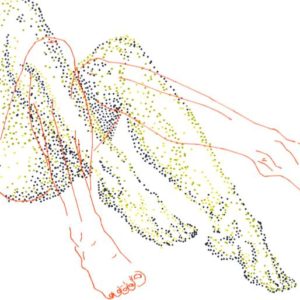 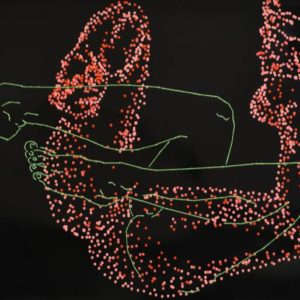 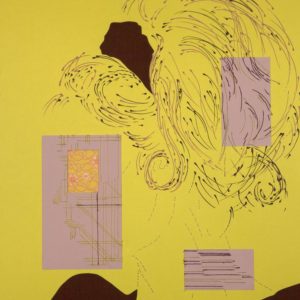