The Other Art Fair is delighted to include Isabel Magowan in the upcoming Brooklyn Fair. Magowan’s  photographs explore youth and adolescence examining the real versus the imagined. Bright colors and nostalgic imagery  initially appear innocent and enticing  before the viewer notices the more ominous narrative.

Isabel Magowan is a Brooklyn based Artist. She attended Wesleyan University for a BA in History before going on to Yale to receive an MFA in Photography. While studying at Yale, she was interested in exploring how time-based media and installation could communicate in alternative ways and began using video as a complimentary method to her still photography. As a ballet dancer and child performer, Isabel’s exposure to the stage has influenced her perspective on class and materialism as she looks to themes such as fantasy, vanity, and escapism. Rather than making work that informs these concepts, she builds upon ironies that instead in fact disrupt the larger narrative. We had the chance to ask Isabel a few questions about her work and practice.

Can you tell us a bit about your process and how you plan your shoots?

The method is always changing. Some shoots are impromptu, happenstance or luck. Some begin with a kernel of an idea, while others start with an intention. I don’t work serially. Instead, I will cull through thousands of images in the hopes that reverse engineering will somehow lead to a broader meaning and a reflection of myself. The work ends up being a mixture of approaches, documentarian, collaborative, semi-staged, film, digital, subverted intentions. I have the desire to be surprised by my work. At times this means that imagery that may come across as having been pre-planned is sometimes the image that is the purest in terms of observation. Similarly, the planned images I intend to make always are turned on their heads the moment I arrive onto a location, meet a subject, begin to connect with them and become distracted.

“I want to feel when I shoot. I want to be surprised and confused and saddened or amazed or inspired. I want the subjects to feel something too. And of course, I want the viewer to experience even a slight twinge of something.” 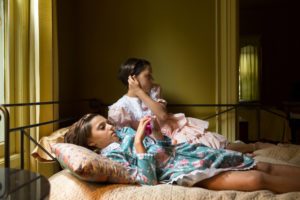 Isabel Magowan, A Sort of Poise

You manage to take photographs that are both beautiful yet haunting and uncomfortable, what elements do you think allow you to traverse this line?

I struggle with where my desire for beauty and interest in distress and pain (and joy) and where they intersect. If the children were to be smiling, it would be an illusion. In terms of my interests, this becomes too simplistic. I care for mystery, mood, suggestions of the inner life and of situations that seem so specific they either must be 100 percent staged or 100 percent real. It is a sleight of hand, now you see it, now you don’t. How well we mask our truths and how easy others project their expectations of our realities onto us. I care about creating a sense of mood, a sense of a moment in time, and something that feels specific. When I edit, I try to find those images that combine beauty but also unease. This is often hard for me. Sometimes I would like to make something uglier, not to be edgy but because it is where my interests are, and then yet, I strive for something beautiful and miss it in its absence. 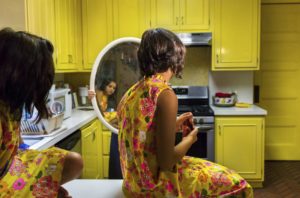 Can you speak a bit more about your style and the Cinematic quality in your work?

I grew up performing on stage a rectangle. It is not enough to suggest the who or the what. Visually for me I am drawn to the images that ask who what where why, but without any explanation. I want to embrace the curiosity as the viewer is now in simply asking how. There is no storyline behind any of my images, just moments. Film does this so beautifully; a moment, a scene can capture life in its complexities, and in its essence, it is raw and powerful and sometimes can do much more than any story.

I was told earlier in my photo career that one must find their own content when doing work and in turn, this will lead to the development of style. Style without substance is devoid of anything other than surface and emulation. When I began making pictures, I was surprised that they could be art. I had no knowledge base (having been a history major) for this. Based on this, images shouldn’t be about style or beauty but expression. This felt so very liberating for me. I was allowed to have a voice after many years of my voice feeling swallowed.

Other Photographers at the Brooklyn edition of The Other Art Fair 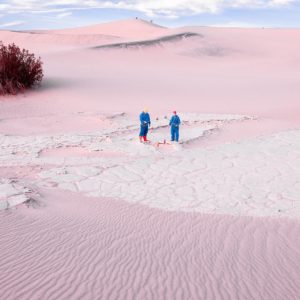 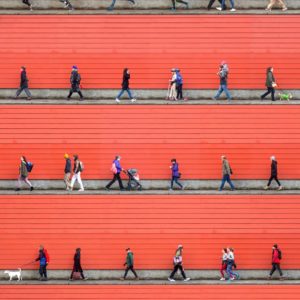 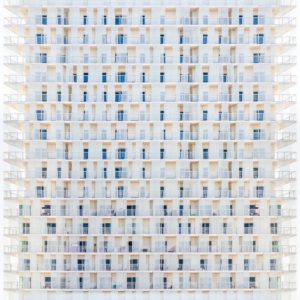 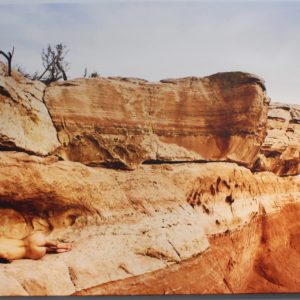 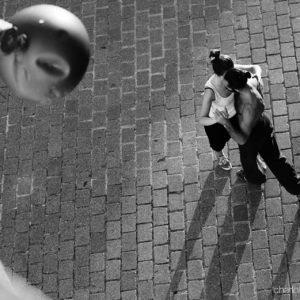