“That’s the kind of movie that I like to make, where there is an invented reality and the audience is going to go someplace where hopefully they’ve never been before. The details–that’s what the world is made of.” – Wes Anderson

Director Wes Anderson, who has garnered attention for his films including Rushmore (1998), The Royal Tenenbaums (2001), and most recently The Grand Budapest Hotel (2014), has honed his iconic aesthetic throughout his career. His style, characterized by meticulous symmetry, a minimal color palette, and a nod toward nostalgia, appeals to film buffs and art aficionados alike.

Anderson’s trademark is his precision. In more technical terms, he is known for his use of tracking shots, which capture gliding panoramas to create movement in his scenes. He also pays close attention to balancing his scenes, be it with symmetry, contrasting patterns, or a limited color palette.

Artists often share this precise attention to detail, translating these cinematic qualities into mediums like painting, photography, and collage.

Spoke Art Gallery in San Francisco has held a Wes Anderson-themed art exhibit called Bad Dads for the past five years. In 2015, the show hit the road for a special weekend pop-up at New York City’s Joseph Gross Gallery. The event’s location pays homage to the setting of Anderson’s iconic The Royal Tenenbaums as well as to the director’s current hometown.

The same qualities that inspire Anderson also lend themselves to artists in less literal ways. Whether it is in a perfectly symmetrical composition or the delicate juxtaposition of two patterns, these stylizations can be found in art around the world.

Delve into our selection of works inspired by Wes Anderson on Saatchi Art. 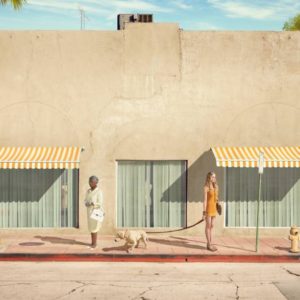 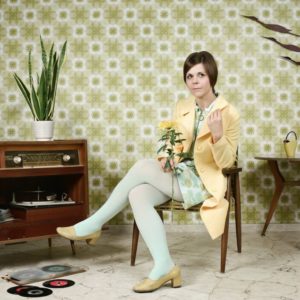 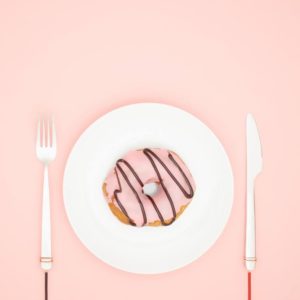