Steve Byrnes is an emerging artist currently living and working in St. Louis, Missouri, USA. He earned an MFA from Washington University in St. Louis and a BFA from Thomson Rivers University in Kamloops, British Columbia, Canada. Steve embraces imperfections in his abstract paintings, citing the Japanese philosophy of wabi-sabi. He emphasizes the materiality of the tools he uses, spontaneously marking the canvas with paint, dirt, dust, and oil in a physically aggressive yet graceful manner.

Steve was a showcase winner in the Artslant’s Abstract category and was the recipient of the Laura and William Jens Scholarship from Washington University (St. Louis, Missouri) from 2012 to 2014. His works have been featured in various publications and will be included in the 2015 Winter Art Basel Miami Issue #43 of ArtVoices Magazine. Steve has participated in numerous exhibitions in the USA and Canada

When painting, I try and embrace the Japanese philosophy of wabi-sabi. By allowing the imperfections or flaws to essentially take over the work, I often end up with something very surprising. I tend to work very quickly, employing the Surrealist technique automatism to mark up the canvas with an almost primal fervor. For me, painting is an extremely physical pursuit. All of my senses become elevated. I need to handle my materials in an aggressive yet graceful manner, so that they respond by revealing as much of their inherent beauty as possible. There needs to be an aura around the work when it’s done.

I think it was Michel Foucault who said it best, “Just do it.” Or was that Nike…

While in the studio, I tend to listen to a lot of different stuff. Lately it’s been a lot of exotica like Les Baxter, Martin Denny, Roger Roger and Nino Nardini. This kind of stuff is very conducive to the way I work. It helps promote a very pleasurable stasis in which to work. I like to listen to a lot of electronic music in the studio too, like Tangerine Dream, Ariel Kalma, and I can’t get enough of Aquatic Realms by Trans Trans-Millenia Consort. The archives from the Explorer’s Room on WFMU are the best.

A Mark Grotjahn Face Painting would be nice. You can’t go wrong with a Christopher Wool. Maybe a Josh Smith painting; there’s just something about those palm tree paintings. But I’d have to go with a Cy Twombly painting from the Bacchus Series. They are just so beautiful.

Herman Melville. I have a copy of Moby Dick that I read over and over. Samuel Beckett, Ernest Hemingway, James Joyce, and Oscar Wilde are in the rotation too. I like a lot of the Romantic poets as well such as William Wordsworth, Samuel Taylor Coleridge, John Keats, Lord Byron and I have several copies of John Milton’s Paradise Lost.

Works for sale by Steve Byrnes 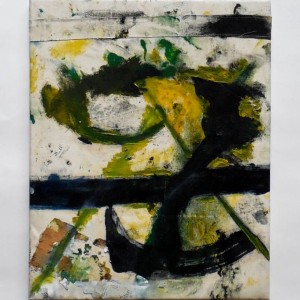 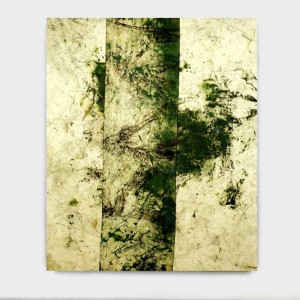 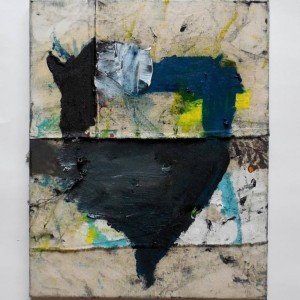 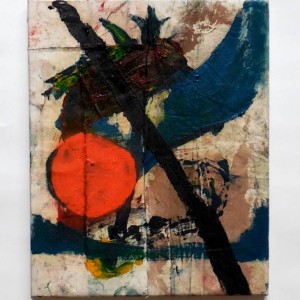 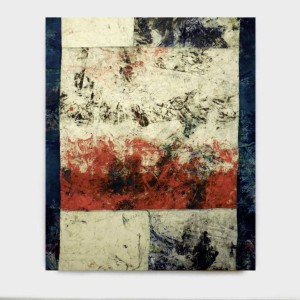