Carlos Blanco Artero is an emerging Spanish artist living and working in Zaragoza, Spain. He studied technical illustration at the School of Art in Zaragoza. Carlos takes an abstracted approach to the human form. He often begins his works with a spontaneous, unmeditated drawing, in which he searches for recognizable forms to serve as the basis for his paintings. He plays with the human form, often distorting the female figure while maintaining a formal and aesthetic balance.

Carlos is the recipient of numerous awards and nominations for his works, including the 2013 Tauste Painting Prize, the Solera Aragonesa First Prize for Painting, and the Young Ibercaja Painting Prize. He has an extensive history of international solo shows and group exhibitions at galleries including Ouchi Gallery in New York, Galerie Thuillier and the Carrousel du Louvre at the Louvre Museum in Paris, Mar Gallery in Barcelona, and the IAACC Pablo Serrano Museum and Camón Aznar Museum in Zaragoza. His works have also been featured in publications such as Aesthetica International Magazine and the Journal of Aragon.

My main line of work focuses on the human figure, and more specifically on the face and its deformation. The woman has always been, and will be, a fundamental part of my work. I always try to achieve the maximum level of deformation that each work allows me, always trying to maintain a formal and aesthetic balance. Since last year, I have been immersed in a more experimental line of work: I start with an automatic and random drawing in which, after coloring it, I look for recognizable forms. Through various techniques such as blurring, highlighting, and shading, I try to facilitate the understanding of these forms to the eye of the viewer. This series is presented in diptychs, triptychs and polyptychs.

I think the best advice comes from artists themselves, and that is to engage in the world of art. It’s a hard life full of ups and downs, but I would not imagine myself doing anything else. I think the best advice I ever got came from the street artist Totom in Madrid. I remember we were talking about my concerns to get ahead with painting. I was about to move to Paris at that time, and I was worried about money and how I would make it there. He told me “Carlos, just paint.” I understood the whole meaning of this phrase over time, and perhaps this is the best advice that anybody has given me as an artist.

I usually paint while listening to music. I think it is essential at times– quoting Raphael and Dalí, “An artist paints better when thinking about something else”. When I am painting, my head is usually aware of three things: painting, music, and talking to myself. Sometimes the music is part of the work, as in the series that I’ve done about some of Claude Debussy´s pieces. Sometimes silence is also necessary for painting, because music somehow keeps you tied to time, as a reference to time elapsed. When painting in silence, hours just pass by.

I think there is too much beauty in the world to settle for anything. It would be almost impossible to pick an artwork among the many wonders I have seen. But I can tell you some work that had a special impact on me for different reasons. I remember seeing Francis Picabia’s I See Again in Memory My Dear Udnie from 1914 at the MoMA in New York; that was a true artistic revelation. What I could surely choose is an artist; for me, the most complete, creative, hardworking and passionate artist who ever lived was Pablo Picasso. I was also very surprised by Francis Bacon’s Three Studies for Figures at the Base of a Crucifixion at the Tate in London.

It is also very difficult to choose a handful of writers among so much talent. I have always liked George Orwell, in particular his book 1984. The Catcher in the Rye by Salinger is also a book I have read many times and that I particularly like. I am very interested in philosophical works like Nausea by Jean-Paul Sartre or The Plague by Albert Camus. A very interesting book, too, is The Trial by Kafka. But I also like The Metamorphosis, which I would love to illustrate in the future. I have recently known the work Claus & Lucas by the Hungarian Agota Kristof. I really liked it. It has a lapidary writing style, which somehow reminded me of Nietzsche. 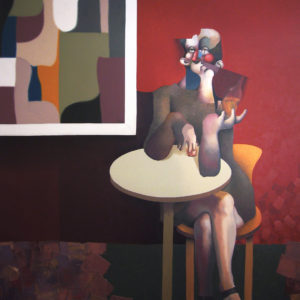 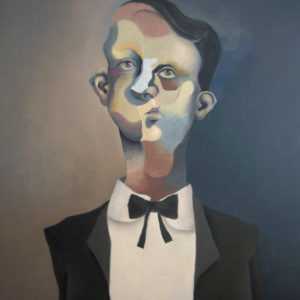 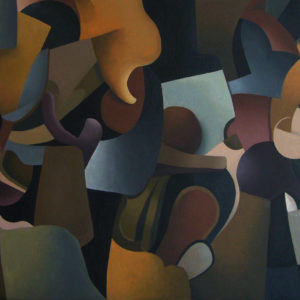 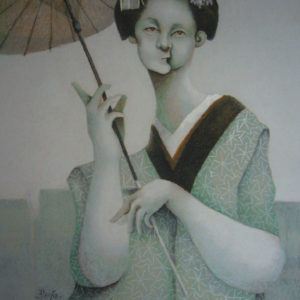 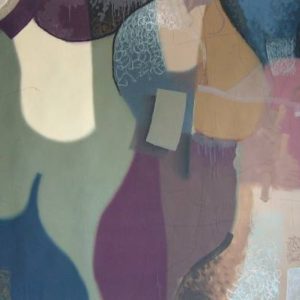