Lily Greenwood is an emerging artist living and working in Manchester, United Kingdom. She earned a BA in Interactive Arts from the Manchester Metropolitan University. Lily’s vivid paintings are highly influenced by Japanese kimono design and eighteenth century printmakers like Hokusai and Hiroshige. She uses a combination of paint and ink washes to depict elements of the natural world, ranging from butterflies and birds to Koi carp, with meticulous detail.

Lily has exhibited her works across the United Kingdom and in cities including Barcelona, Spain and Amsterdam, Netherlands. Most recently, she participated in exhibitions at Wall to Wall Gallery in Liverpool, England and Alpha Art in Edinburgh, Scotland. Her works are also housed in collections in Europe, North and South America, and Africa.

Growing up in a rural setting, I have always loved nature, and I think this was heightened when I switched to city living in my early twenties. I do crave green countryside. I have come to realize that the natural subjects featured in my canvases are really a vehicle for me to play with color and shape. I have a simple but challenging aim, which is to strive towards beauty on the canvas. If I can create something which ‘works’ aesthetically, which myself and others can take enjoyment from, and which can only be seen through that particular medium or technique, then that is all I need. There is not much point in me trying to reproduce natural subjects and colors verbatim — the natural world does it so much better on its own, and I would never claim to be offering gritty realism. Natural subjects are my starting point, and I love seeing where they take me. I love strong colors, and along with the colors of the natural world, my palette is probably most inspired by those used in 18th century Japanese printmaking — beautiful, rich colors. I have come to notice my subject matter also seems to focus on swarms and flocks, multiplicity in some form, be that a flock of butterflies, an array of autumn leaves, or a shoal of fish. Perhaps there is strength in numbers.

I was once explaining to a tutor at university how I felt like I never had time to get anything done. He looked at me like I was mad and just said “you have all the hours in the day.” It doesn’t really offer me any practical solutions to time management –it’s just a statement — but for some reason it always stayed in my head, and it really calms me down when I feel like time is disappearing, almost like a mantra. It is particularly helpful since I gave birth to my first son a few months ago!

I enjoy listening to the radio while I’m working, and the station choice depends on my mood. I switch between soothing classical music, news, and spoken word on BBC Radio 4, and my guilty pleasure is ‘Absolute 80s’ radio. If I’m choosing music to put on, it would be oldies like Bob Dylan or Otis Redding.

If it can be something not yet made, it would be a drawing or painting by my son. I’m so excited to see him using his imagination when he’s a little older!

A few of my favorite books would be Watership Down by Richard Adams, the His Dark Materials trilogy by Philip Pullman, Pride and Prejudice by Jane Austen, Cannery Row by John Steinbeck, and Swallows and Amazons by Arthur Ransome.

Works for Sale by Lily Greenwood 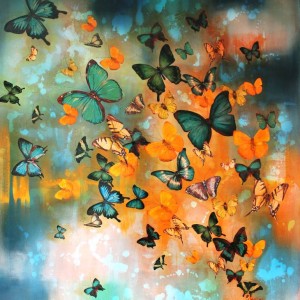 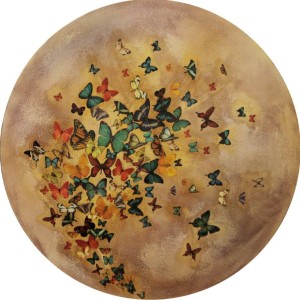 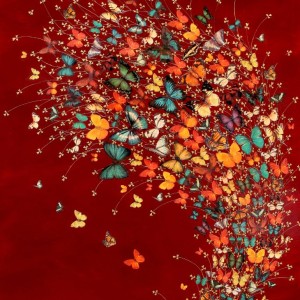 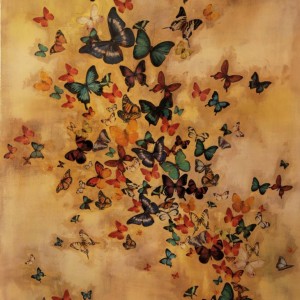 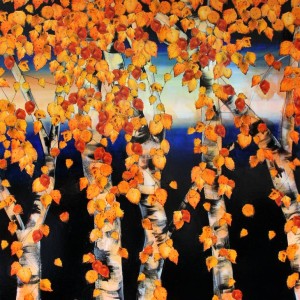