Karl Bielik’s abstracts are about the physical process of painting. He works exclusively with oil paint, experimenting with its application on canvas, linen, panels, and paper. Karl adds thick layers of paint, allowing it to drip across the canvas before scraping and scratching it away. He is occasionally inspired by found photographs or medical diagrams, translating these images through a process of playful mark-making.

Karl lives and works in London. In 2016, he was a finalist for the Contemporary British Painting Prize and was selected for the John Moores Painting Prize and the Royal Academy Summer Show in London. His works were chosen for The London Open at the Whitechapel Gallery and in Contemporary British Drawing at the Xi’an Academy of Fine Arts in China. He has an extensive international exhibition history in countries including the UK, the US, Germany, China, and France.

I don’t really have themes. There is recurring imagery in my paintings which flit in and out, but I never really stick to a theme or even a series. I don’t possess that kind of discipline. I am an abstract painter and I work on canvas, linen, panels, and paper. I only work in oil paint on thirty or so paintings and drawings at once and these vary in scale from small to large.

It’s just the thing that I have ended up working in. I used to work with found materials when I was exploring what I wanted to do, making collages and assemblages using spray and household paint on metal and wood. This moved onto working on canvas with acrylic and using words in my paintings. When I decided to drop the use of text and scale down the size of work, I started working in oils, it just felt the time was right. The thing that frustrated me in the beginning is now what I love about it–it’s slow drying time.

My style and practice tends to inch forward, backward, sideways and generally shuffle along. When I look back on my paintings (which is not very often), I notice certain key works that mark a pronounced shift in my work. But there is no certainty in what I do–I can pull a painting out one day and see it as wonderful and the next day I want to paint over it. I keep on going on, this is my practice, this is what I do. The uncertainty is both a good thing and a bad thing.

The studio is the place where practically everything happens for me. Occasionally diagrams from medical books or photographs I have taken may kick off the work, but essentially my work emerges from the physical process of painting.

Loose oily wounds and thick emulsions offset light glazes and dribbles. I paint, wipe out, paint over, turn the canvases around, print, blot, mask, pour paint, scrape, and scratch. Irregular canvases, panels and paper litter my studio walls and tables. I shift from one piece to another and don’t focus on completion, just nudging a painting from one position to another.

In the studio, as I am standing in front of the work, the works begin to take form. I give them room to develop meaning, to be here in the world. I am in there almost every day and there is little thought process outside of the studio. The works are sometimes not touched for weeks or months, which offers an incubation time to contemplate where I want them to go, them to take me, or if they just become complete. In contrast to my sometimes emotive imagery, banal solitary words form my titles, tempering and balancing the melancholy character of my work.

I would focus fully on making music with my solo/collaborative band Lark. I write, play and produce most music that Lark has released, and having the time to focus more on the mixing and technical side of things would be good a thing. Over 10 years, Lark has released 6 albums, numerous singles and has had remixes done by Scritti Politti, The Bees and The Band of Holy Joy. This year, we will release of a new album and a single remixed by Andrew Weatherall.

Uninterrupted painting wins hands down. But also being in shows with my contemporaries, whose work I mainly knew from the internet, then finally getting to see it in the flesh, meet them and find out more about their work and process.

Works for sale by Karl Bielik 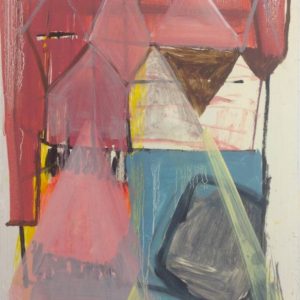 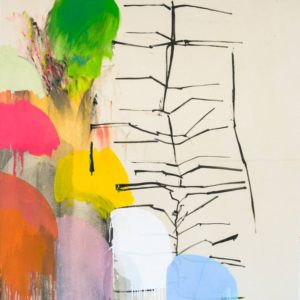 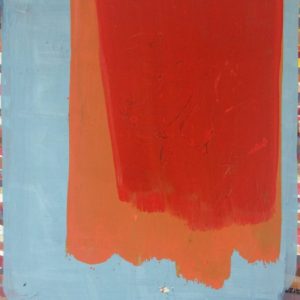 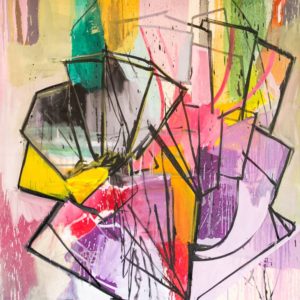 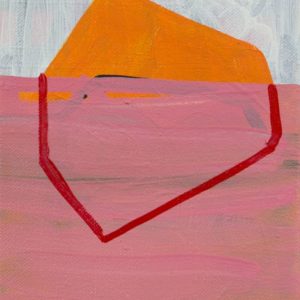