Hyunju Kim is a South Korean artist currently living and working in Portland, Oregon. She is pursuing an MFA in Contemporary Art Studio Practice at Portland State University. Hyunju explores the relationship between the subconscious, dreams, and childhood memories in her surreal figurative paintings. She often pulls from her personal experiences, unpacking these events on the canvas to reveal their meaning.

Hyunju has participated in several exhibitions on the U.S.’s west coast, most recently at Parkside Gallery in Richland, Washington. She recently received an honorable mention at the Hillsboro Plein Air Plus art competition in Oregon. She is the winner of the Allied Arts Association MFA Visual Art competition and a recipient of Portland State University’s Laurel’s Graduate Award.

My fundamental ideas are based on my own dreams and recurring nightmares. My dreams have been actively responding to personal childhood events and my own memories. In questioning dreams, I aim to reflect this idea by using repetition to structure in-painting processes to bring awareness regarding human beings’ subconscious and collective unconsciousness. The process of unfolding my own feelings of isolation and fear within the realm of an unconscious world through painting allows me to rethink the continual process in terms of a given location and cultural surroundings. Like dreaming, painting is also an undiscovered ocean. It is a mysterious world that I am very engaged in both physically and mentally, and its position is in between dream and expression. I speak about something that really touches me and I hope I convey this sense of feeling to viewers.

There have been some moments when I’ve felt really frustrated and stuck, especially after a series ends when I had been thinking for a long period of time. One of my teachers said, “If you keep working, it doesn’t really matter what people from the outside world say about your work. But once you stop, you are screwed.” Since I began art school and followed art-related thinking processes at a relatively mature age (I received my BA in International Studies in South Korea and moved to the U.S. in 2008 when I started course studies in art), I took others’ comments and recommendations in a serious manner. Even though painting is my lifelong fascination, there is a point when I feel bad about my own process and work itself. Whenever those feelings arise, I try not to think too much about myself and rely on the painting itself.

It depends on my daily condition, mood, and the environment. Sometimes I have a feeling that there are only two things that exist in the world inside of my studio: the painting and a mere human being. In that very lucky moment, I don’t need anything. Only a nonverbal and very quiet staring dialogue exists between me and the painting. I personally prefer that period of time. But I don’t expect those moments every day since I share the studios with other colleagues and sometimes I have to wear my earphones. When I listen to music, I pretty much listen to everything from classical to hip-hop using Pandora and Podcasts.

This is a tricky question. It seems there is no difference between what you love and what you want to have, but there is a significant difference, right? I would like to have one unfinished drawing by Georges Seurat.

I used to read Korean, Japanese, and French essays and novels a lot. Albert Camus is probably located on the top of the list. His writing, in my opinion, is extremely solid, strong, strange, simple, and beautiful. I see Youngha Kim, Yeonsu Kim, Monk Beopeong, Raymond Carver, and Gengi Maruyama’s novels and essays on my bookcase currently. Ever since I started a graduate program last year, I have been reading a lot of philosophy, theory, art history, contemporary art, and artist interviews. Sigmund Freud, Jacques Lacan, Hal Foster, Marlene Dumas, and Roni Horn are really great writers too.

Works for Sale by Hyunju Kim 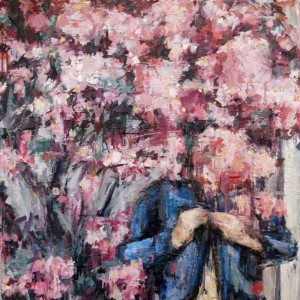 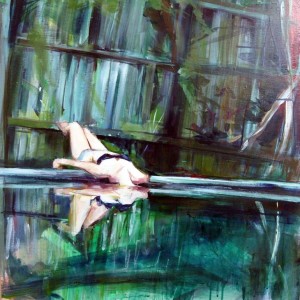 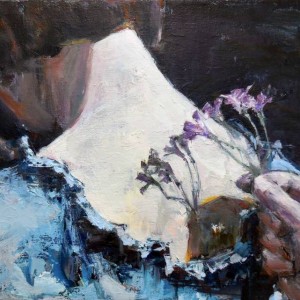 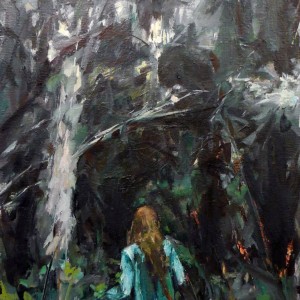 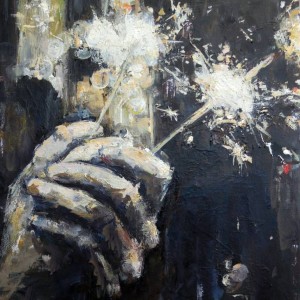