Originally from Iran, emerging artist Golriz Rezvani currently lives and works in Calgary, Canada. Inspired by poetry, photography, and film, her vibrantly colored figurative works offer critiques of contemporary culture and society. Golriz is drawn to constructing narrative images and subject matter in her paintings, where humans play the leading roles. She received her MFA from Azad University, Tehran in 2006, and her BFA from Soureh University, Tehran in 2003. She has exhibited extensively in Canada and Iran, and is poised to be discovered by international collectors and art-appreciators alike.

What are the major themes you pursue in your work?
Human and societal taboos inspire me the most in my artwork. I believe there shouldn’t be a defined living path for everybody. My last collection was called Memories, and is based on Forough Farrokhzad’s poetry. She was a forerunner poet who talked about her gender and broke the taboos in a traditional society. Women and their difficulties–not only in Iran but everywhere–became the major subject of this black and white collection.

My 2014 body of works was a diary of narrative images. I’ve always been amazed by illustrations and paintings with storylines. Illustrating for my newborn baby girl have driven me to narrate my main expressions and themes in my artwork.

What was the best advice given to you as an artist?
Challenge yourself without fear with new techniques and using angles, as this will help trigger your creativity.

Prefer to work with music or in silence?
Both. Mostly, I paint with the music on, but when it comes to solving a problem, I need to ponder in silence.

If you could only have one piece of art in your life, what would it be?
It’s hard to pick only one. I would like to allow myself to have a different one everyday. So, today I will pick Dead Mother by Egon Schiele.

Who are your favorite writers?
I enjoy magical realism in literature: Franz Kafka, Gabriel Garcia Marquez and Albert Camus. Among Iranian writers, I adore Mahmood Dowlatabadi and Abbas Maroufi. Also, Simone de Beauvoir’s writings are the ones I like to read over and over.

Works for sale by Golriz Rezvani 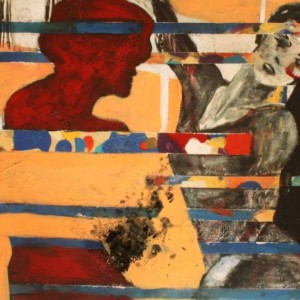 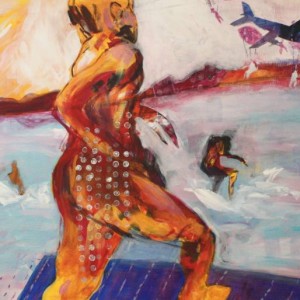 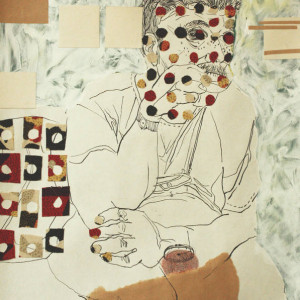 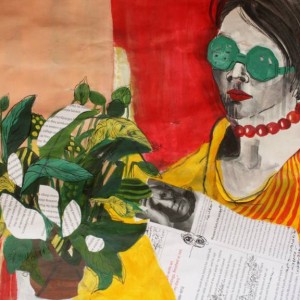 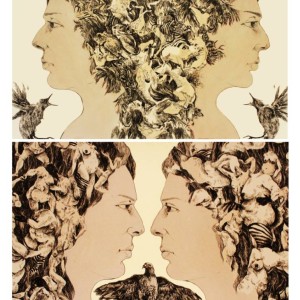