Gagyi is the recipient of several prizes and honorable mentions for his works, including first prize at both the XI Hans Herman international painting competition in Sibiu, Romania and the National Olympiad of Visual Arts, Architecture, and Art History. He recently participated in an Erasmus Programme in Krakow, Poland and has had several solo and group exhibitions in Romania and Italy, most recently at Artful Gallery in Bucharest.

Lately, I’ve been searching for some interesting photos with a special atmosphere and places that represent my memories. The solution I found for starting a new painting was to create some compositions from these photos and experiment with them. I try to use a subjective lens when it comes to choosing the topic, and generally I don’t know what the next idea or composition will be, and I am not really keen on to find out too early. I like to meditate on it and let it evolve on its own.

For me, the concept of contemporary image is too confined yet too broad at the same time for realistic or abstract representation. Narrative realism is no longer the central leitmotif of the artwork. The works are about an immersive, simulated reality, which reflects an apparent environment that simulates a physical presence in the real or imagined world. At the same time, it allows the viewer to interact in that world. So the final result will be something very familiar but also strange and parallel.

The natural elements or a person’s interaction with this world develops a paradox situation, because of the difference between the real and meta-real, the real and unreal, leading to constructed realities. Layer by layer, the surface deconstructs, or we can even say rebuilds, this world in a chaotic way.

The result is a mixtum compositum in which the real compositional elements are surmounted by meta-real. The result technically reflects my primary interest in color, materiality, transparency, contrast, composition, figure, abstraction, texture and gesture.

I don’t think that I could mention a piece of best advice, but I know that I received a lot of useful advice during my studies. However, the most significant was given by an elder person, who said that I just have to continue what I started, but to pay attention to taking my own position in it. It is important to get positive and negative estimations too, to realize that there are always other ways and solutions. Those negations pushed me further during my search!

It depends a lot on my daily mood, which even determines what kind of genre I’m listening to, but actually, yes, most of the time there has to be some “noise.” I am listening to various styles of music that inspire me and help to concentrate on my work. Sometimes the music leads me to a special state of consciousness and makes me able to lock out the outside world entirely.

This is a hard question. There are hundreds of masterpieces that I like, starting from the classical periods up until contemporary art. But if I could simply have one of them, I would probably choose a triptych from Hieronymus Bosch.

I really like Rene Berger’s interesting analysis and essays of artworks and art. Beside this, I was always interested in history, so I like historical books. I just started the Imprimatur of Monaldi and Sorti.

I also like poems by the Hungarian poet Pillinszky János. In his work he analyzed the suffering state that is the result of the futile idea of escape. The main subjects of his poems are the stages of life, fear and terror, and the metaphysics of art, which by the way, he considers to be love and humility.

Works for sale by Gagyi Botond 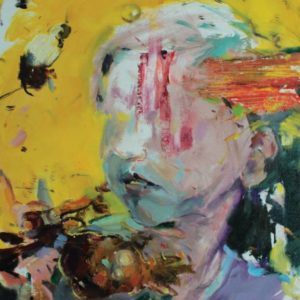 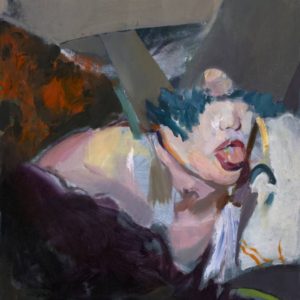 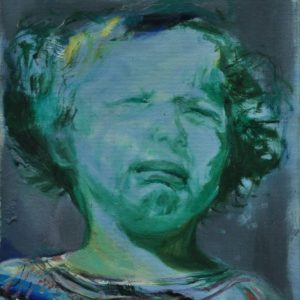 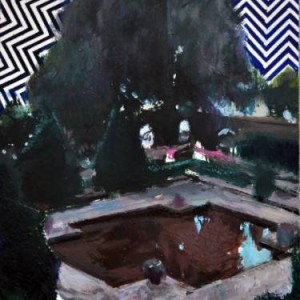 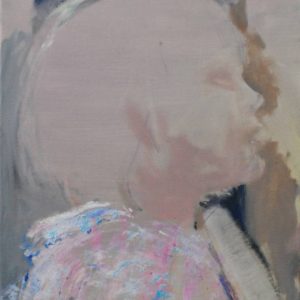