Dennis Osadebe is a Nigerian mixed-media artist best known for his vibrant post-pop style. Osadebe’s style is a unique blend of digital processes used to create canvases that are subsequently layered with acrylic paint. With his characteristic use of flattened planes and bold colors, he creates what he refers to as a “NEO” visual style — one that is “modern, bright, expressive and provocative”. He studied at the Queen Mary University of London (BSc) and the University of Warwick (MSc). He has participated in numerous solo and group exhibitions around the world, including The Other Art Fair in New York City.

I am a son, brother, uncle, artist, aspiring traveler, a lover of satire, a dreamer, and a thinker. Growing up, I wanted to be an entrepreneur like my father who is my role model. I’d say this influenced my educational background to be around the business world. However, in my final year of university, I took a course on innovation and that was when everything started to change for me, followed by some life experiences which have brought me to where I am today.

What does your work aim to say? What are the major themes you pursue in your work? Give an example of a specific work that demonstrates it.

My work is centered around the idea of reimagining Africa through the use of positive, provocative and progressive imagery, and narratives. I achieve this by mixing traditional materials and crafts with technology and new media. The aspect of the traditional materials and crafts, such as masks and colorful textiles, is inspired by historic arts and culture of Nigeria, where I am from. The new media aspect highlights the dynamic role technology is increasingly playing in changing our experience of the world today. For me, by juxtaposing elements of the past (using my heritage as a starting point) alongside the present, I am putting Nigeria in the context of the future and its limitless possibilities. You can see all these elements come into play in works from my series “A Stranger In My Home” and “Remember The Future”.

To start with, I never sketch, so I have no idea what any piece will look like in the end. Most times, I have an idea of the feeling that I am trying to convey at that moment. Then, I’d say intuition and curiosity drive the rest of the process. Research also plays a big part of my process. For example, when I am working around a polarizing idea or reference, I need to understand what it is all about, how it plays a role in our lived experiences, and why we should have a dialogue around it. I’d say from that deep understanding of context, I can then break it down into a simplified visual language and add a sense of humor and lightheartedness to it.

I am self-taught, so the concept of modern art is one of the pillars that I started to build my art on. I say this because, in the early stages of me becoming an artist, the majority of what I did was research, and when I first read about modern art, it was a turning point in my artistic and intellectual development. The idea of dropping traditions of the past, in search of new ways of seeing and fresh ideas is something that I believe in, so finding an artistic period that captures this thinking, was great for me. In that regard, artists such as Henri Matisse inspire me, his work “Dance” is special to me, and Jean-Michel Basquiat because of his raw artistic expressions married with texts and commentary which is brilliant.

From my early memories of childhood, I have always had an urge to express myself creatively. It has manifested since then until today in many ways – from dancing to writing music, to fashion. I guess it makes sense to say art has been my calling. I think so. 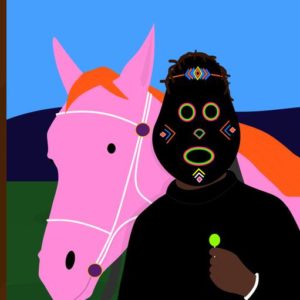 Horseman With A Lollipop 3,050 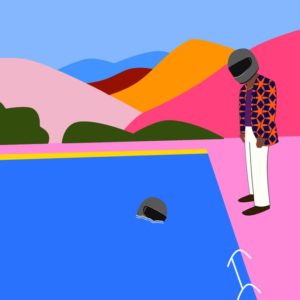 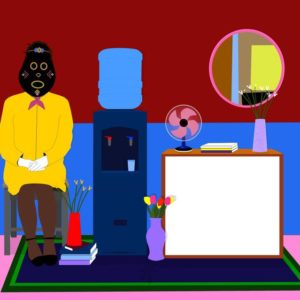 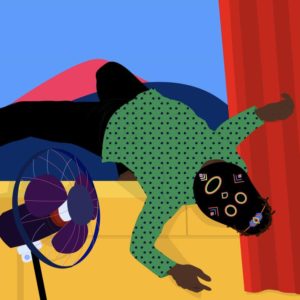 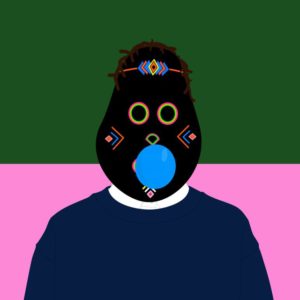