Christy Powers was born in New York, and received a BA from Sarah Lawrence College and an MA with distinction from the College of Fine Arts at the University of New South Wales (2007). She works with ink, gouache, and watercolors, and her main subject matter includes girls, social media, and youth culture.

The out-of-focus quality of her artworks metaphorically signifies the effects of fading memories. She has exhibited extensively nationally and internationally, including at the Bronx Museum, the Queen Victoria Museum, the Art Gallery of New South Wales, White Box, MadArts Gallery, and Giacobetti Paul Gallery. She has participated in residencies at ILIRI in the Australian Outback, and at the AIM program at the Bronx Museum.

What are the major themes you pursue in your work?
I have always been interested in the role that photography plays in how we construct our memories and how that is changing with social media. There has always been an element of fiction in our memories. But with the contemporary need to create an online identity, how is that construction going to affect the way we remember things? These online images are so ephemeral and impermanent, and I enjoy capturing that in my paintings. By painting these images, I’m able to capture that ‘just-out-of-reach’ feeling of memories, where some details remain sharp, yet others blur and disappear.

What was the best advice given to you as an artist?
In college I had a professor tell me that my rag was just as important of a tool as my brushes, and that I will probably use them both equally. What we remove is just as important as the marks we make. That has always stuck with me.

Prefer to work with music or in silence?
Music always. I get pretty obsessive listening to one album for a piece or even a series of work. There was definitely an entire year where all I listened to was Radiohead’s In Rainbows while I worked, much to the chagrin of people in nearby studios. Since then, I’ve started to wear headphones.

If you could only have one piece of art in your life, what would it be?
It’s hard to choose just one, but I guess I’ll go with one of the first paintings that really knocked the wind out of me,  Caspar David Friedrich’s Monk by the Sea.

Who are your favorite writers?
This list could go on and would probably be different everyday: Susan Sontag, Chimamanda Ngozi Adiche, Joan Didion, Denis Johnson, Gabriel Garcia Marquez, and Douglas Coupland.

Works for sale by Christy Powers 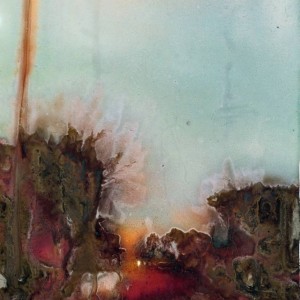 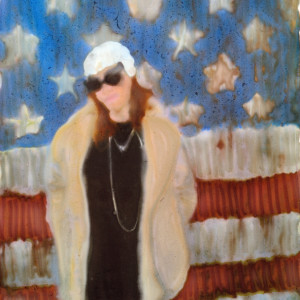 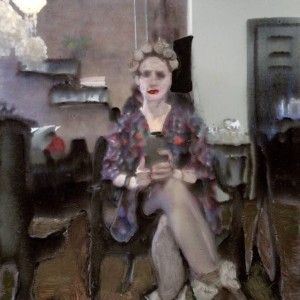 getting my hair done 925 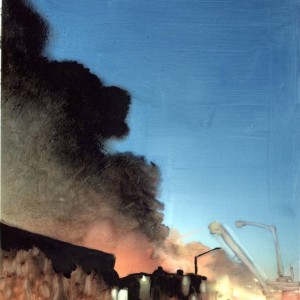 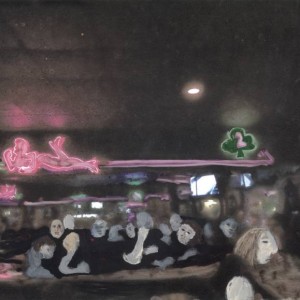 Last Night At The Duece 850