Painter and photographer Carlos Gamez de Francisco is fascinated with visual representations of power—how wealth is signaled, who is represented, and who is excluded. Raised in Cuba, Carlos studied grandiose Russian Academic paintings at school, while at home his family’s hard-earned sofa was treated as a precious museum object. The stark contrast inspired him, and Carlos now paints ornate details and finery with painstaking reverence. But unlike the classical paintings that dominated Carlos’ education, the subjects in his opulent works are ordinary people, often dressed with ordinary objects.

Carlos has had solo shows in Miami, Nashville, Kansas City, and throughout Kentucky, where he is now based. His works are held in private collections in the US, South and Central America, and Europe.

I was born in post-revolutionary Cuba in 1987, to a Cuban-Spanish mother and a Cuban-American father. I grew up in Cuba and was educated in an academic style heavily influenced by the Russian Academy. At age five, I determined, with absolute certainty, that I would be an artist. By the time I was fifteen, I was diligently painting eight hours a day, every day. Today, I often spend fifteen hours a day painting and feel very blessed to do what I love.

I arrived in the United States with $650 at the age of twenty-one knowing no English. I spent $600 on art supplies and $50 on a pair of Cortez running shoes—just like the ones Forrest Gump wore to run across the United States. I committed myself to learn a hundred English words every day, studying diligently, working and painting at night. For the first five months I lived in America without sleep. I believe hard work and perseverance are the keys to success.

I paint and photograph very passionately, making statements filled with symbolism. I frequently include insects in my artwork. Flying insects represent freedom; falling insects represent chaos; and when they are lying down, they represent balance. My classical training was based on portraits and history—paintings that royalty and the very wealthy upper class would commission. Garments were exquisite, with surroundings that emanate wealth. But I felt that everybody has the right to be in the portrait, and I embarked on a series where everyday people were featured with “found” objects in their home, like lace doilies, curtains, plastic bags, and kitchen towels, draped and adorned in such a way they appeared “royal.”

My paintings of furniture tend to be over-decorated, a nod, perhaps, to that of the wealthy, but maybe more as a result of a childhood memory. In Cuba, my mother saved for two years to purchase a new sofa. It was such a sign of achievement for her that it was kept in plastic, and no one was allowed to sit on it. I learned to admire it from a distance, as if I was in a museum.

After arriving in the United States, I noticed the lavish attention we devote to our pets, spoiling them and allowing them to lounge on the sofa. This led to a new series: Keep Your Pets Off Furniture. This series not only had dogs laying on the sofa, but had horses jumping on the elaborately decorated couch. Today, my Afghan Hound has the run of the house, lounging wherever he likes. Living in Kentucky, horses are a favorite theme for me. In surrealist fashion, I combine horses with the human form, centaur-like, but in reverse—the horse’s head with a human body. Or, maybe the head of a deer, a fox, a giraffe … and don’t be surprised if the body is that of a beautiful woman attired in silk and finery.

I feel very blessed to do what I love. I heard a quote by Picasso that changed my life at a young age. He said, “Inspiration exists, but it has to ﬁnd you working.” I work six days a week, oftentimes working fifteen hours a day. I love to work on series of thirty to ﬁfty pieces. All of the pieces have a theme and technique in common. I begin using the inspiration I gain through audiobooks I listen to while I paint. While listening to everything from How to Talk to Anyone to The Little Prince, I paint the grisaille ﬁrst before adding layers of vibrant colors. I work through the details at the end. When painting people, I combine different facial features from a number of models to create a new character.

Despite having classical training, I enjoy experimenting with nontraditional processes, tools, and mediums because I believe art can be expressed in an infinite number of ways. In the past year, mainly due to the pandemic, I had more time to find new ways to express myself in my art. One of these new ways included painting while blindfolded. Pablo Picasso famously said “learn the rules like a pro, so you can break them like an artist.” This quote resonated with me and my journey through art.

In Cuba, I was exposed to figurative arts by the presence of the Russian Academy. This presence, as well as the censorship of contemporary art and the limited access to information, was the accepted dogma. Consequently, I understood that decontextualizing epochs and artistic symbols was the tool I could use to establish a connection between the present and the past. The resulting work provides an escape from reality and creates an illusory world. I am more fascinated in altering history than depicting it accurately.

My preferences in the field of art are very broad, ranging from the Renaissance painters and Russian classics to Japanese prints, expressionism (especially German Expressionism in the early twentieth century), and graphic art in general, [such as] Toulouse-Lautrec and the aesthetics of the trade magazines.

How does your work comment on current social or political issues?

In my work, I am inquiring about the problematic and subjective notion of power by altering the historical role of portraits in society. For centuries, portraiture was used as a method for the bourgeoisie to demonstrate their wealth and success through the use of extravagant decorations and garments. My intention is to deconstruct the representation of power and opulence. My photographs respond to the need to portray ordinary people of Cuba. The models, apparently dressing in sumptuous costumes, are using regular objects found in their homes such as curtains, table covers, bedspreads, plastic bags, clothes pegs, and stainless steel scouring pads.

The photographs ironically recreate what power means by using repurposed objects to depict minorities—people in conditions of poverty, with special needs, from different genders and races. This series is about the uncertainty of what real power means and who has it. It presents critical issues that tend to remain silent. It is about repurposing the meaning of power and constructing hope. The hope to be, the hope to succeed, and the hope of being remembered. 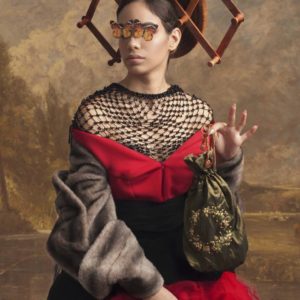 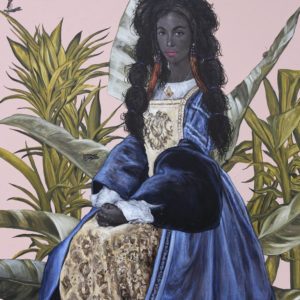 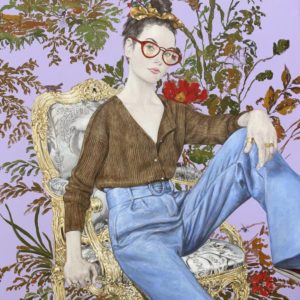 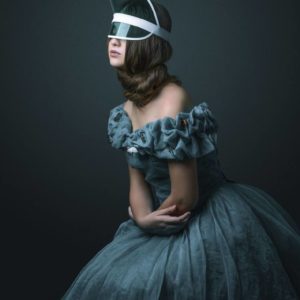 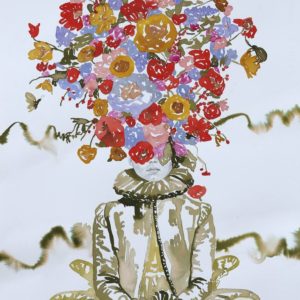 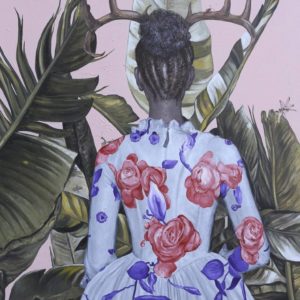 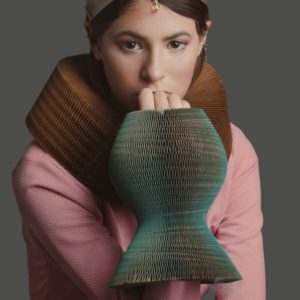 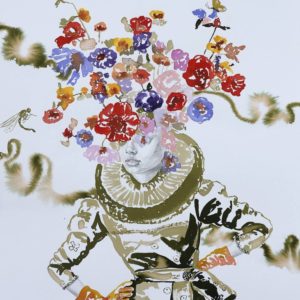