Invest In Art: Catch Up with 6 Past Successes

May 26, 2017Posted by Evangelyn Delacare

Since launching Invest In Art in 2013, Saatchi Art has presented dozens of promising artists from all over the world whose works show strong potential to increase in value. Each artist presented in the report is handpicked by Saatchi Art’s Chief Curator and VP of Art Advisory Rebecca Wilson, who has been a champion of emerging artists for over 15 years, most recently serving as Director at the Saatchi Gallery in London. During her time at the Saatchi Gallery, Rebecca launched New Sensations, a highly coveted prize for art students in the UK.

Many past artists selected for Invest In Art have gone on to have international solo and group exhibitions in galleries and museums alike, gallery representation, and have been acquired by collections all over the world. Read on to learn more about just 6 of the past successes of Invest in Art. You’ll want to keep an eye on these. 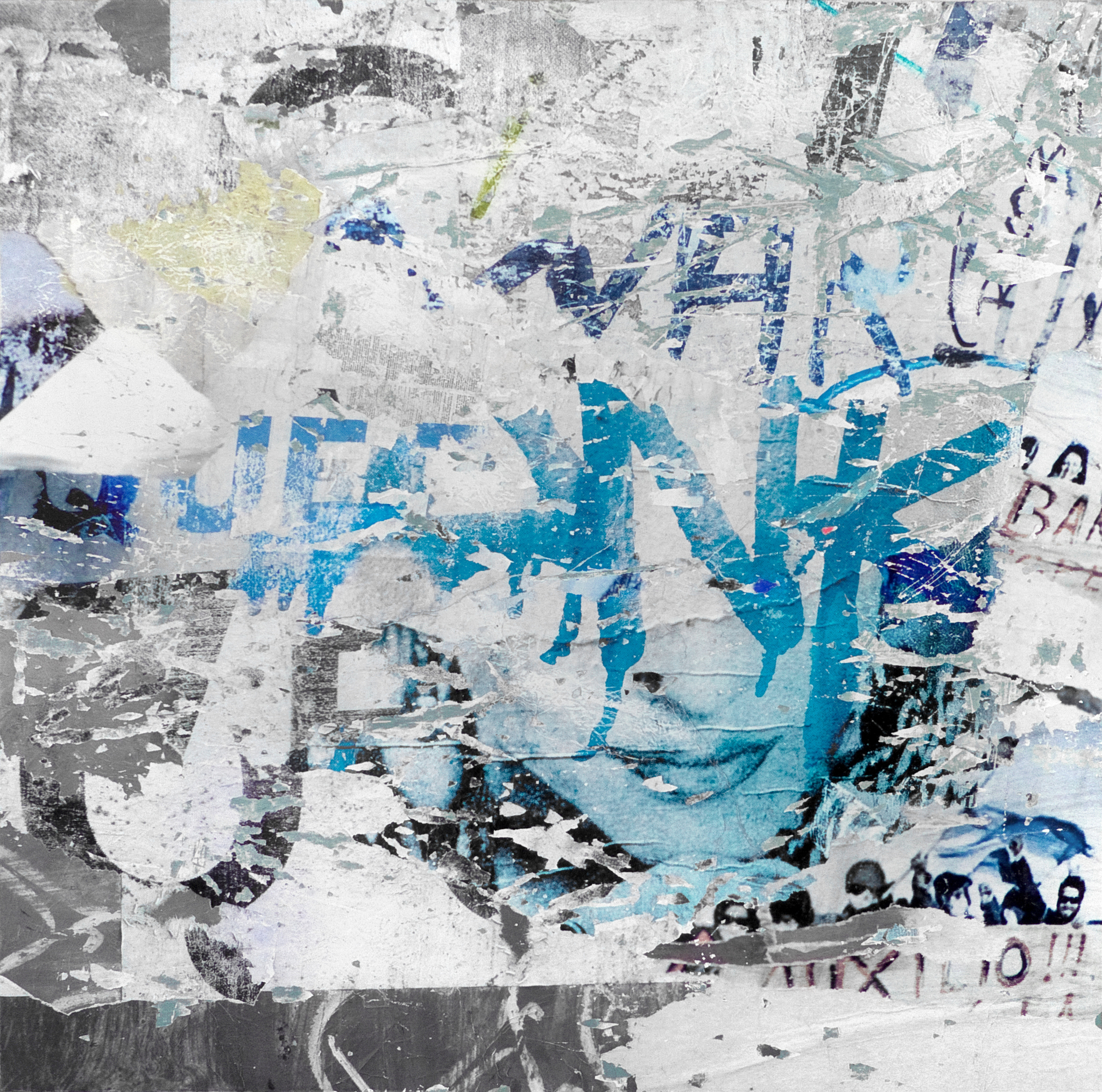 David Fredrik Moussallem’s mixed-media works blend a chaos that’s inspired by “stories from the streets” with a harmonious compositional approach, drawn from his background in graphic design and typography. Since his selection for Invest In Art in 2014, David’s work has been exhibited at galleries in Paris, New York City, South Florida, and Toronto, and at art fairs throughout the US, including a sold-out booth with Saatchi Art at the Affordable Art Fair New York in 2016. Most recently, his paintings were published in Condé Nast’s The World of Interiors and German Art Annual’s “Internationale Kunst Heute–2016.” Check out David’s portfolio.

Julien Spianti’s surrealist paintings depict gestures situated within deconstructed scenes that give way to otherworldly, atmospheric landscapes—to unsettling effect. Since his selection for Invest In Art in 2014, Julien’s work has been selected for exhibitions in France, Belgium, Denmark, the Netherlands and Switzerland. Most recently, his paintings were exhibited at YIA Art Fair #08 in Maastricht in 2017. His paintings have been acquired for private collections around the world. Check out Julien’s portfolio. 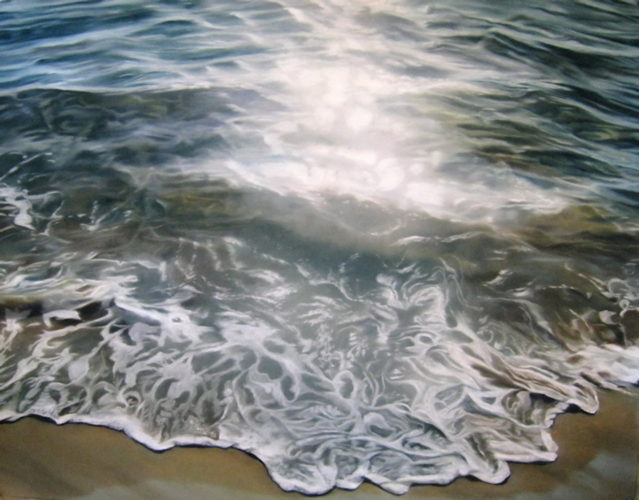 Using only her fingertips, pastels, and charcoal, Zaria Forman creates ultra-realistic paintings of oceans and remote icy landscapes as a means of sounding the alarm around climate change. Since her selection for Invest In Art in 2014, Zaria’s achievements include participation in Banksy’s Dismaland, a solo exhibition at Winston Wächter Fine Art in New York City, and an art residency in Antarctica aboard the National Geographic Explorer. Her works are part of private collections around the world. Check out Zaria’s portfolio. 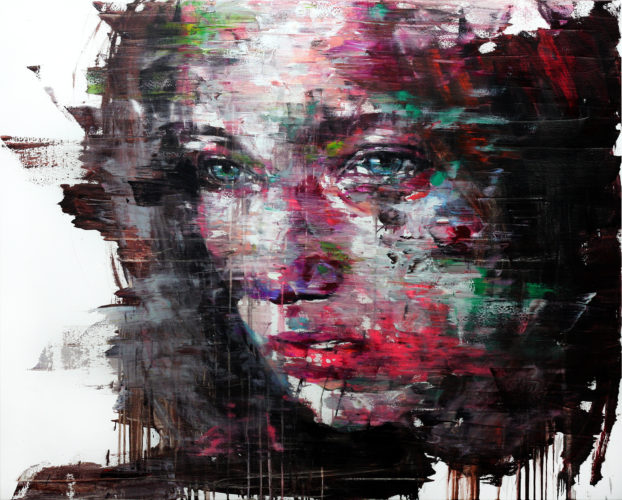 Kwangho Shin is known for his highly impastoed portrait paintings which depict abstracted faces on a monumental scale using gestural, energetic strokes of intense color in order to “express different emotions that are hard to explain.” Since his selection for Invest In Art in 2013, Kwangho’s work has sold to private collectors around the world and has been exhibited extensively at galleries and art fairs in New York, Houston, Istanbul, San Francisco, Singapore, and Sydney. Most recently, his paintings were exhibited at Art New York in 2017. Check out Kwangho’s portfolio. 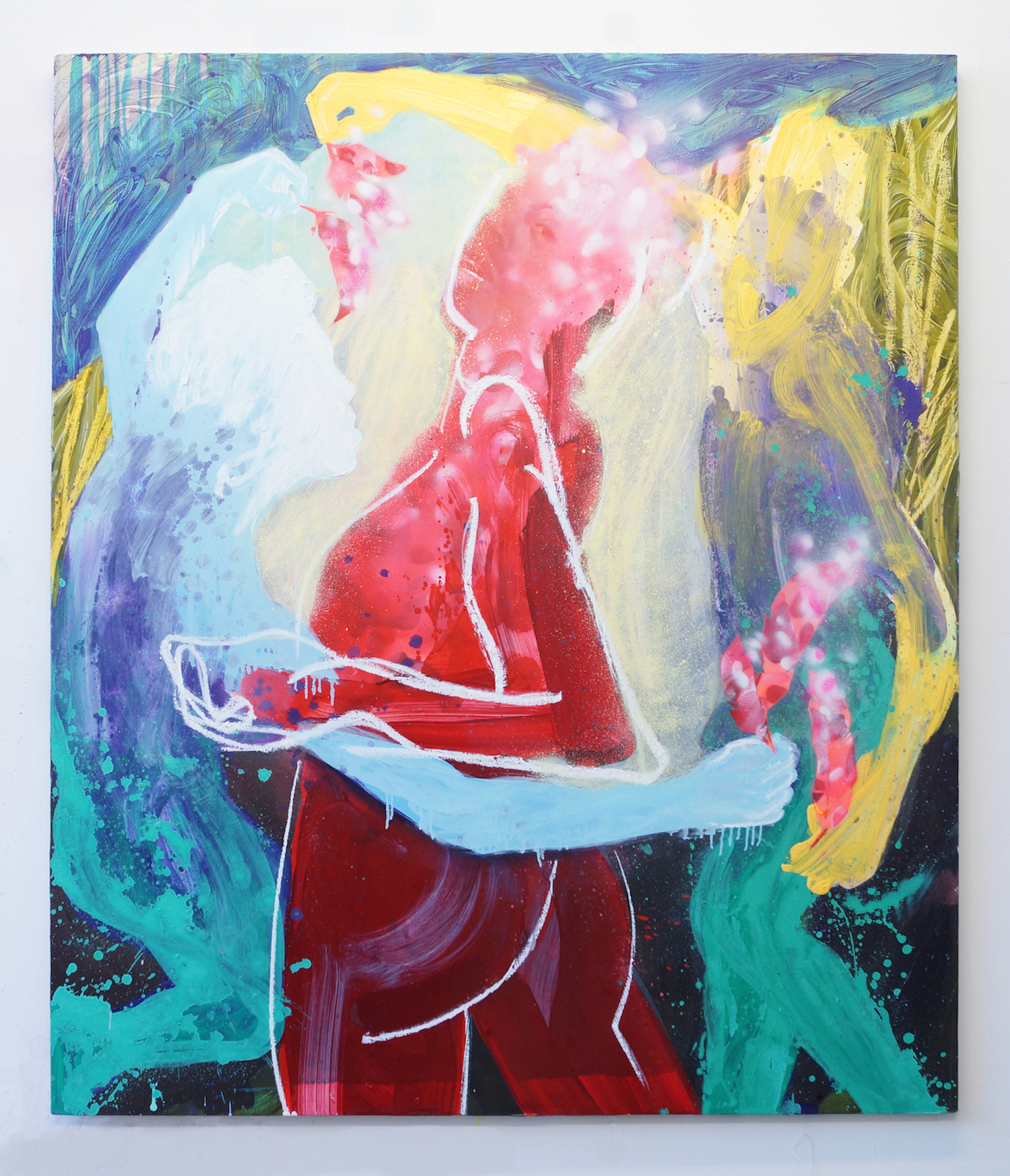 “The Way We Danced” by Devan Shimoyama (Image: Saatchi Art)

Devan Shimoyama’s paintings are what he calls, “dreamscapes… wholly magical and universally human.” Since his selection for Invest In Art in 2014, Devon’s work has been exhibited at galleries in Paris, New York, Los Angeles, Pittsburgh, San Francisco, and others. In 2016, the Los Angeles Times featured his work in David Pagel’s “Critic’s Choice,” following his inclusion in the MFA issue of New American Paintings in 2015. Most recently, he was awarded the 2016 Miami Beach PULSE Prize at the PULSE Art Fair where he was represented by the Samuel Freeman Gallery. Check out Devan’s portfolio. 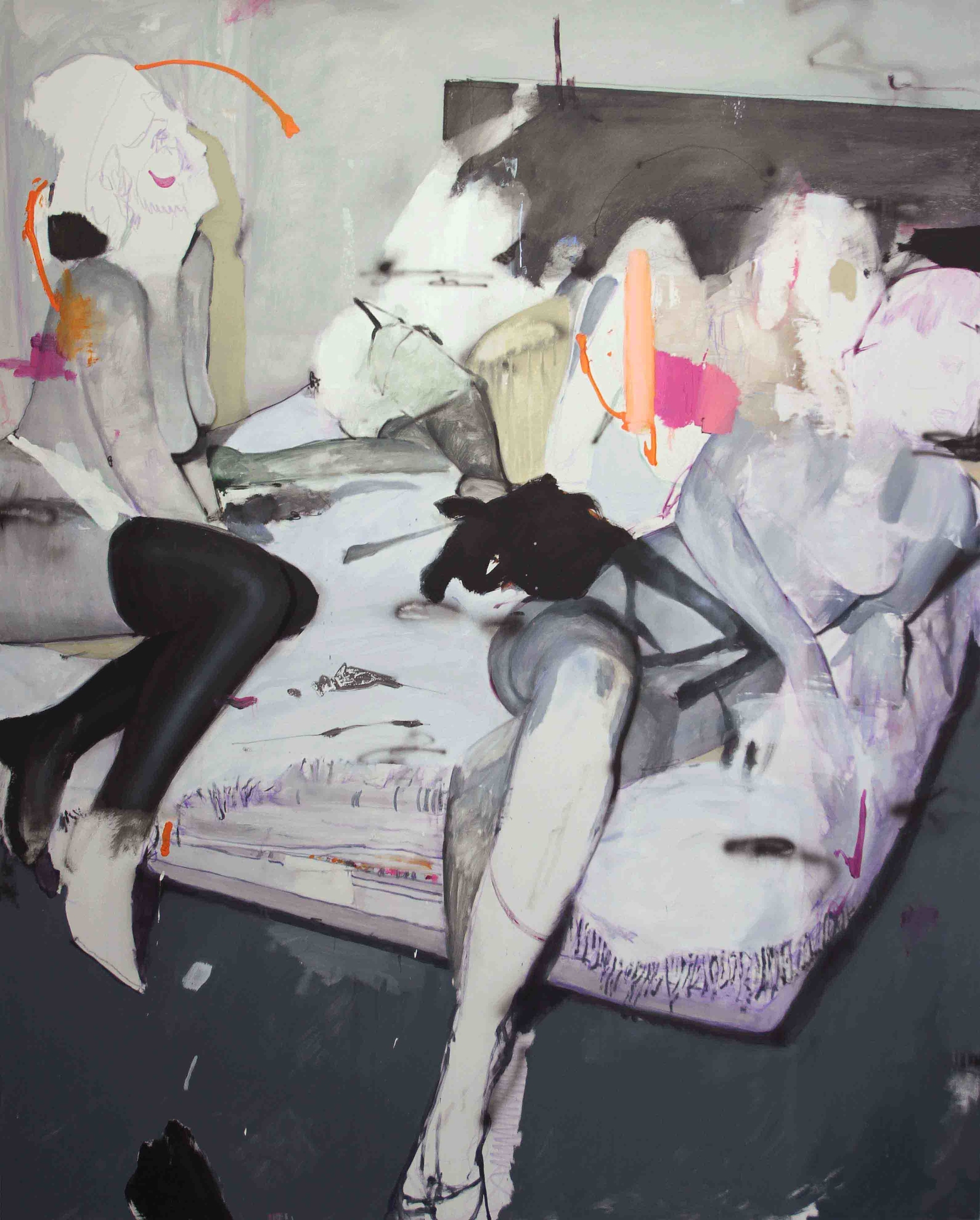 Predominantly concerned with portraits that convey both the external world and his own inner life, Lou Ros is known for leaving his paintings seemingly unfnished to allow his viewers to fill in the void. Since his selection for Invest In Art in 2013, Lou’s work has sold to collectors all over the world. His paintings have been exhibited at galleries in Paris, London, Cape Town, Munich, New York, San Francisco, and more, including a landmark group show called The Fantasy of Representation with Beers Contemporary, which featured his works alongside Francis Bacon, Gary Hume, and others. Lou’s paintings were chosen for publication along 99 of his peers in the Thames & Hudson book 100 Painters of Tomorrow.

Ready to invest in an emerging artist’s work? Explore Saatchi Art’s brand new Spring 2017 edition of Invest In Art, featuring 12 of the most promising emerging artists from the U.K., U.S., and Europe, all hand-selected by Chief Curator Rebecca Wilson. Download our comprehensive report on the emerging art market for more stats and trends. 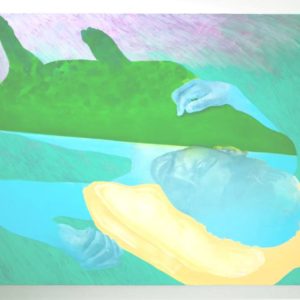 Sinking to the Sounds of Mermaids 6,050 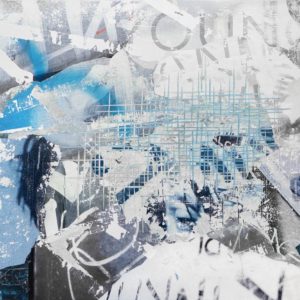 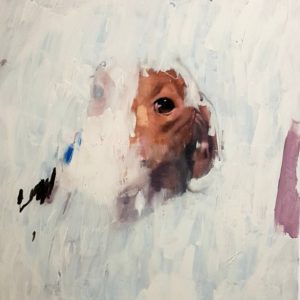 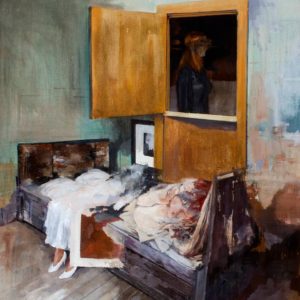 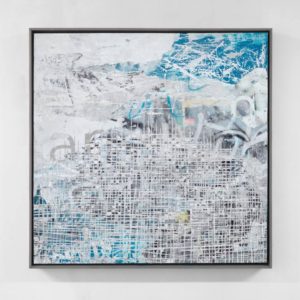 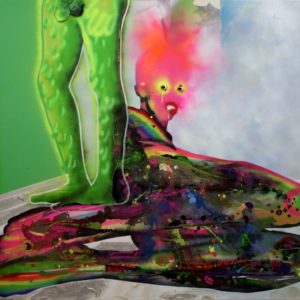 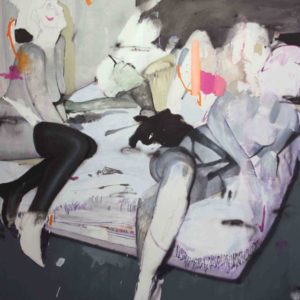 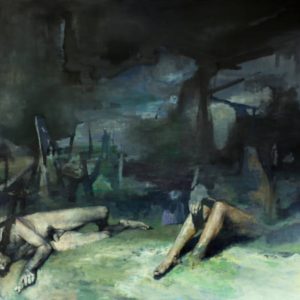 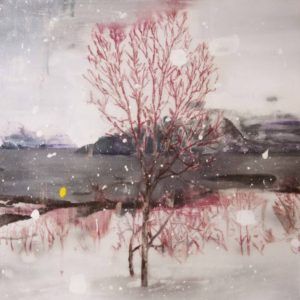 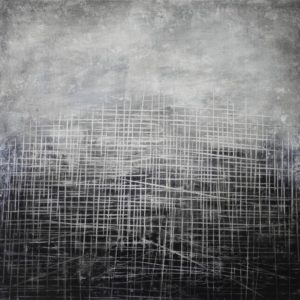 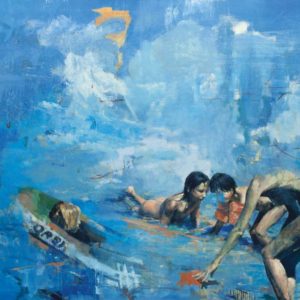 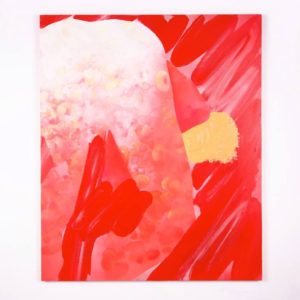