Sometimes the traditional framework of an artistic process doesn’t properly encapsulate the creative approach of an innovative artist who is experimenting with various mediums and techniques. The following four artists are of the blue chip variety (e.g. Tara Donovan, Vik Muniz) as well as emerging artists from Saatchi Art who stray outside the traditional bounds of artistic mediums and have shared their unique techniques and materials that bring depth to their practice. 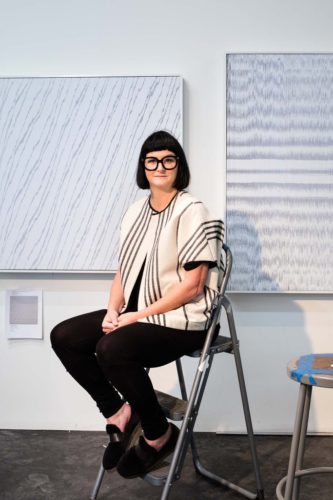 Tara Donovan has a strict, singular material rule that lends an organic feel to her artworks. Using primarily man-made objects, such as plastic cups, index cards, or styrofoam, she focuses on a combination of mathematics and music when composing her works that provide an overall natural feel to her finished artworks. Even her paintings are sculptural, as they highlight the negative, or lack of material, as well as the material itself. Art lovers who have experienced the works of Donovan firsthand might find themselves awestruck by the beautiful, yet seemingly ordinary works of art that reveal their complexity upon closer examination.

Saatchi Artist Benjamin Adelmann takes traditional oils and quite literally turns them on their head. Using a film, similar to a metal foil lined with plastic on one side, Adelmann paints directly onto the plastic surface. After creating his composition, he flips over the film and presses it onto the stretched canvas. To ensure that the oils sink into the linen fibers of the canvas, he rolls over the metal side of the film much like rolling out dough, thereby pushing the paint into the canvas. Since the medium is oil, Adelmann’s works can take several weeks to fully dry. Once dry, he peels off the film and is left with a flat surface marked by vigorous energy; then he cuts away the overhanging paint with an exacto knife.

Adelmann calls this series of works Inside Out. Traditionally artists erase mistakes with turpentine or simply by painting over errant brush strokes; Adelmann chooses to lay the process bare by exposing the actual bones of the painting. When viewing the surface of his works, the viewer can see the very first marks he made. The beauty of this technique is that the entirety of the painting become a work of art, even when viewing the panels because the paint seeps through the linen fibers, creating a secret composition of sorts for the art collector.

That portrait of Mona Lisa? That’s peanut butter and jelly. The photo of two people kissing below? That’s only accumulated trash. 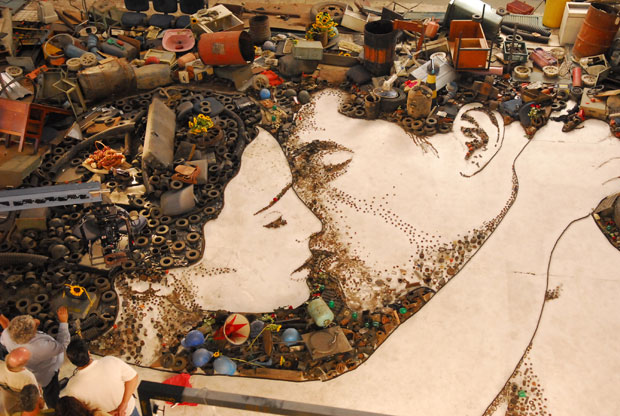 Artist Vik Muniz transforms materials that many artists would pass over as trash or unusable for an artistic practice. In particular, the documentary feature Wasteland follows Muniz as he constructs artworks from garbage, while shining a light on the workers of Jardim Gramacho, the world’s largest landfill on the outskirts of Rio de Janeiro. Muniz photographs the series of work he makes from waste, and donates profits from the artwork sale entirely to the catadores, the pickers/workers of recyclable materials in Jardim Gramacho. He aims at a sustainable practice that makes use of temporal materials that will only be in existence for the duration of the artwork’s life.

Saatchi Art artist Michael Nauert utilizes some unique techniques when creating his signature works; he holds a magnet in each hand, one behind the canvas and the other covered in iron, and moves his hands in sync to create ghost-like streaks without human touch. The following is a video that illustrates this process:

As Nauert vacuums the remaining iron dust from the canvas, he uses suction from the vacuum hose to create ghost-like marks. His process has shifted to draw in the negative by taking away matter from the canvas and  creating new shapes and patterns. The result is a phantom trail of iron that begins with an unseen magnetic force that is erased by another unseen force (the suction of air).

Nauert describes the inspiration for this work as an emotional shift:

Earlier this summer I had been making these delicate “pretty” paintings. They were easy to see and understand. There was nothing mysterious or interesting about them. I hated them. So, I began to cut holes in them and take them off their stretcher bars to suspend them from wires. The energy changed from a introverted energy to a violent extraverted energy. I developed a language of surgery within these paintings – removing staples, making incisions, creating holes to see what is inside.

These four artists exemplify ingenuity in its finest form, and have even been able to shift perceptions with their projects. Do you know of any artists taking part in innovative practices for their works? Tag them in the comment section below. 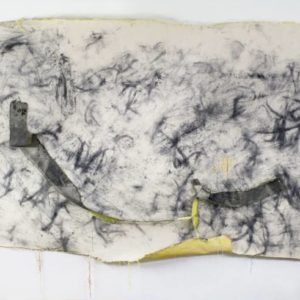 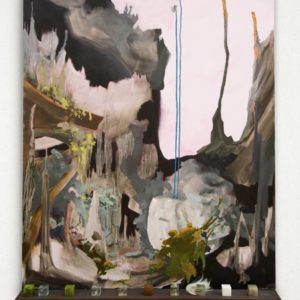 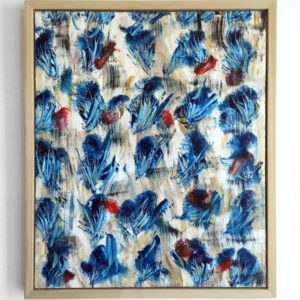 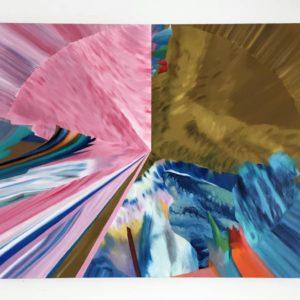 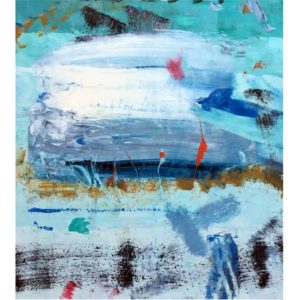 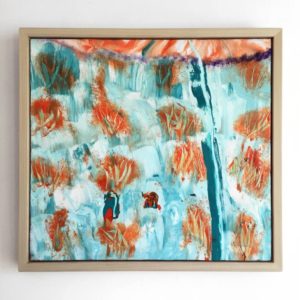 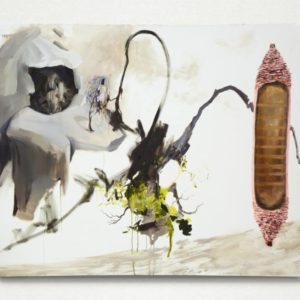 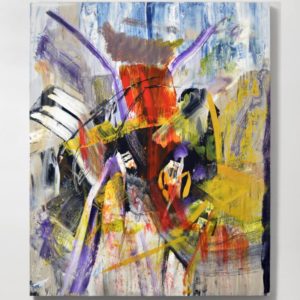 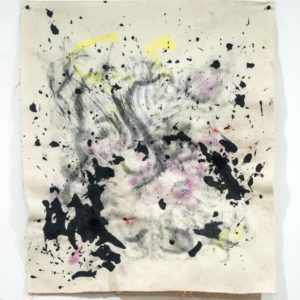 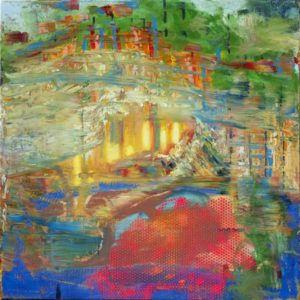