“My intention is to capture what it feels like to be alive today during such a time of change.”

On the occasion of Women’s History Month, Saatchi Art’s curators spoke with artists about their process, inspiration, and the ways in which their identity as a woman is relevant to their art.

Erin Armstrong‘s works have been shown in over 40 exhibitions since completing her studies at OCAD University in Canada in 2014, including SCOPE Miami at Art Basel, and the Art Gallery of Ontario. 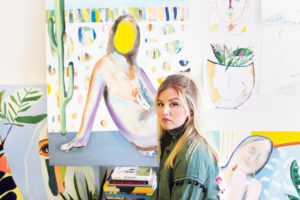 What does it mean to you to be a woman in art?

We are living in a really pivotal era of change where women are breaking free from traditional restrictions and finding their voices in so many ways. As an artist I consider part of my role, through visual conversation,  to bring forward the emotions and energy of the period we are working in. So to be a young woman living in such an electric time of change is very inspiring.

I try to push myself everyday in the studio and remember how lucky I am that I have been able to become a self-employed female artist. It’s a really liberating feeling knowing that I can pay my bills and live a fulfilling life doing what I love in an industry that historically has been male dominated and difficult to break into. The competition can be intense but it also is a driving force for me to keep painting everyday and pushing out work that I love.

Which female artist inspires you most — past or present — and why?

I don’t think I can narrow it down to one as there are so many female artists I admire. In fact, some of the most interesting work being created right now is by women.

I’m drawn to female artists who take risks with their work, have their own clear voice, aren’t too sentimental with their content and continue to push boundaries and be independent.

What is your advice to a young woman who aspires to be an artist?

People message me all the time asking how to start a career as an artist. What I notice most is that people are too wrapped up in “X,YZ” needing to happen before they can “become an artist”. It’s as simple as just sitting down and making the work- pen to paper, brush to canvas and go. Procrastinating and making excuses are just wasted time that could have been used to make work. Maybe it’s not the best work the first time, but the next time it might be a little better, and the next even better and on and on until they’re learning from their mistakes and evolving as an artist.

Utilizing the internet and social media is a must these days. Posting on instagram or their website shows dedication to their craft and process and it’s an easy way to build a fan base. Before you know it someone will take notice and that’s how you get the ball rolling. I’m a true believer in the notion that “ if you’re good at something and you’re making the work, eventually someone will notice”.

Finally I suggest that they apply to open calls, interact with fellow artists in your community, go to shows, look at a lot of art and experiment.

What are the themes you pursue in your work?

My work looks into the human imagination as it is expressed visually. I’m particularly intrigued by the ways in which the mind can conjure and create worlds by piecing together memory, experience, and the ability of the mind’s eye to render a non-reality. I draw on the genre of portraiture as a foundation for these explorations, but choose not to depict  a person or sitter, but an atmosphere or sensation expressed inside the formal qualities of human shapes. I am pursuing themes of : Joy, Loneliness, Sexuality, Identity, with the overall intention of trying to capture what it feels like to be alive today.

Can you tell us about your process? Do you begin with a sketch, or do you just jump in? How long do you spend on one work? How do you know when it is finished?

I usually have a general idea of what I want to paint and loosely sketch it out on paper first. I’ll then rough in the shapes and colours as an underpainting onto the canvas just to lay the marks down. After that I usually photograph it and drop it into Photoshop. I’ll play with the digital paint tools to make sure the vision in my head will make sense as a whole finished painting. I find it to be a useful way of testing out certain colours, patterns, figure placement etc. before approaching the canvas with more paint. The final stage is taking my rendering and using it as a rough map; some of the time the work will come out looking fairly close to the “map” and other times a painting takes a turn somewhere and I follow it until the end, resulting in something totally different.

I work fairly quickly because my brush strokes are usually quite expressionistic and fast moving, so there is little to no room to sit slavishly for days on end working on a corner of the painting. I’ve tried to slow down my process in the past but the paintings always come out looking overworked and stale.

When a painting is done I’m not sure what “it” is that informs me. Rather, I just step back and know.

Something in design, whether it be in industrial, interior, fashion or something else I’m not sure. I just know I need to always be creating something and be independent.

Works for Sale by Erin Armstrong 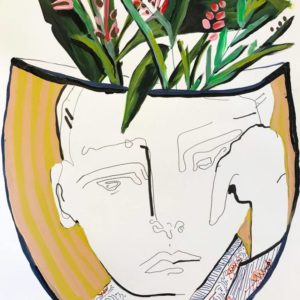 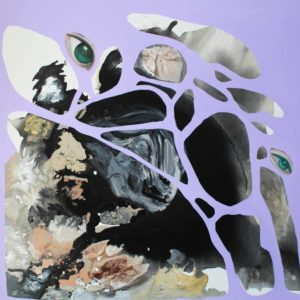 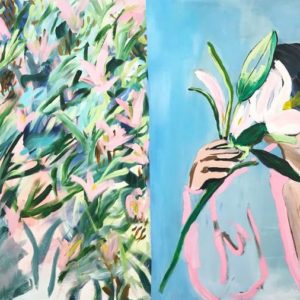 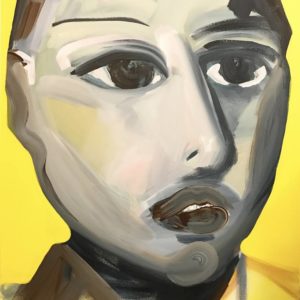 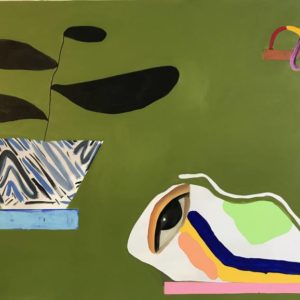 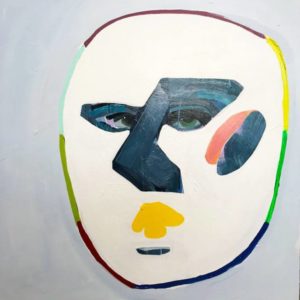