In anticipation of next week’s opening of the New Sensations exhibition in London and the announcement of New Sensations 2014 winner, we wanted to check in with last year’s Absolut winner, Philippa Kuligowski, to see how the Absolut commission and studio fund influenced her artistic practice during the past twelve months. 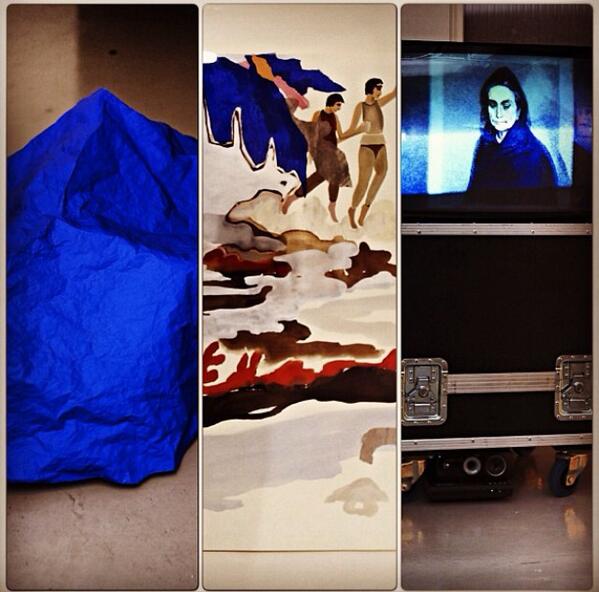 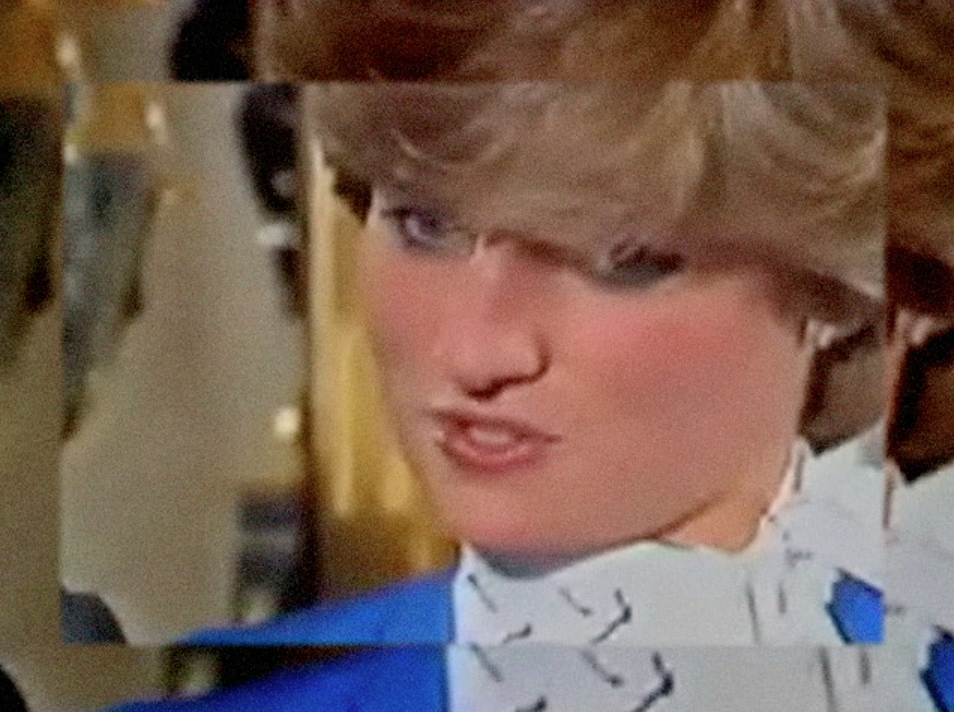 From Left: Details of the 2013 Absolut Prize commissions, including works by Katja Larsson, Freya Douglas-Morris and Philippa Kuligowski; “Absolut Originality”; a still from the winning film, “Darn That Blue.”

In case you missed Saatchi Art’s New Sensations 2013—for which Absolut returned as partner—Philippa Kuligowski was one of three artists shortlisted for the Absolut Prize and specially commissioned to create a new work inspired by Absolut’s limited edition “Absolut Originality” bottle which celebrated the brand’s signature color, cobalt blue.

Saatchi Art: How did you come up with the idea for your winning artwork for last year’s Absolut prize? What was the thinking behind it?
Philippa Kuligowski: My idea originated from the notion of breaking down Absolut’s characteristic colour blue, in particular investigating ways in which it has seeped into our subconscious, both historically and abstractly. It was actually the most simple way I could have approached the work as I just had to think, ‘what does blue as a thought or even an entity, mean to me?’. However I wanted the work to retain a sense of accessibility; I intended for the imagery to be relatable in some way to each individual who viewed the film. 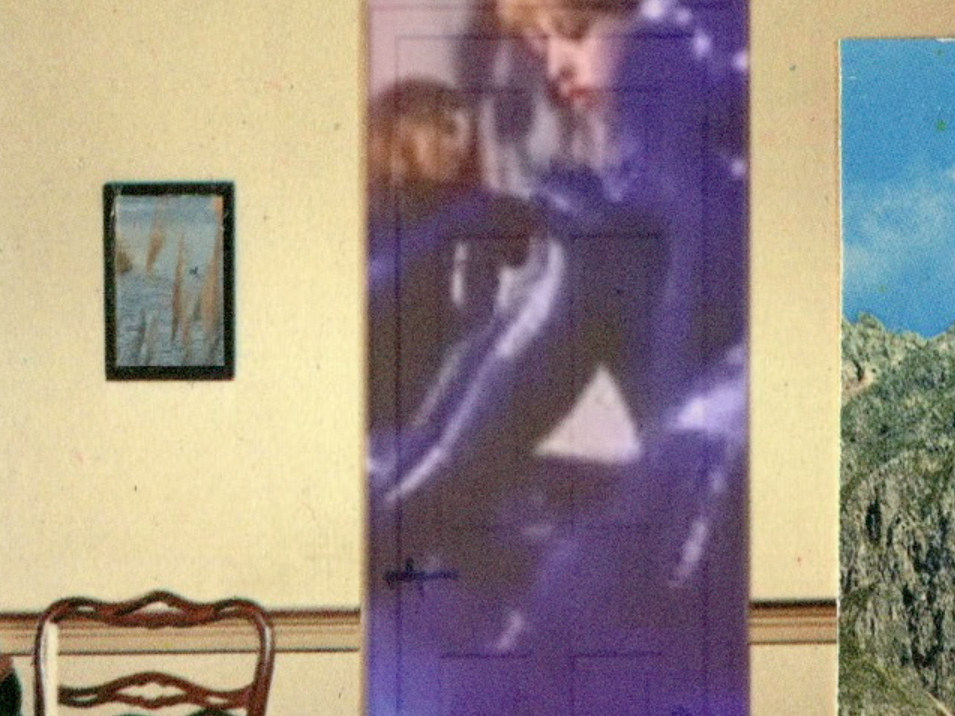 SA: Can you describe some of the challenges and surprises that happened in making the work?
PK: The eventual tone, character, and aesthetic of the film were far from anything I had ever adopted in my practice. It was jumpy, unrhythmic, and involved an attempt to make people laugh—successfully or maybe not. But the New Sensations show was an intimidating place to debut such an alteration in style so it was a challenge for me not to just jump back into my old ways, making film in a manner that I believed to potentially be more successful. The surprise in making this new work was that I liked the outcome and enjoyed the process of making it more than I did with my previous, more traditional filmmaking methods.

SA: How did the experience of participating in the Absolut commission affect your art practice?
PK: Winning the Absolut commission affected my practice majorly—with the prize I was able to get a studio in Glasgow where I was encouraged to work collaboratively with the other studio members. I was also able to participate in Glasgow’s GI Festival and so I’ve been motivated to work in an environment since the Absolut project that completely enables a working artist to explore fields and disciplines that maybe would not have arisen if he or she was still having to live and work at home. 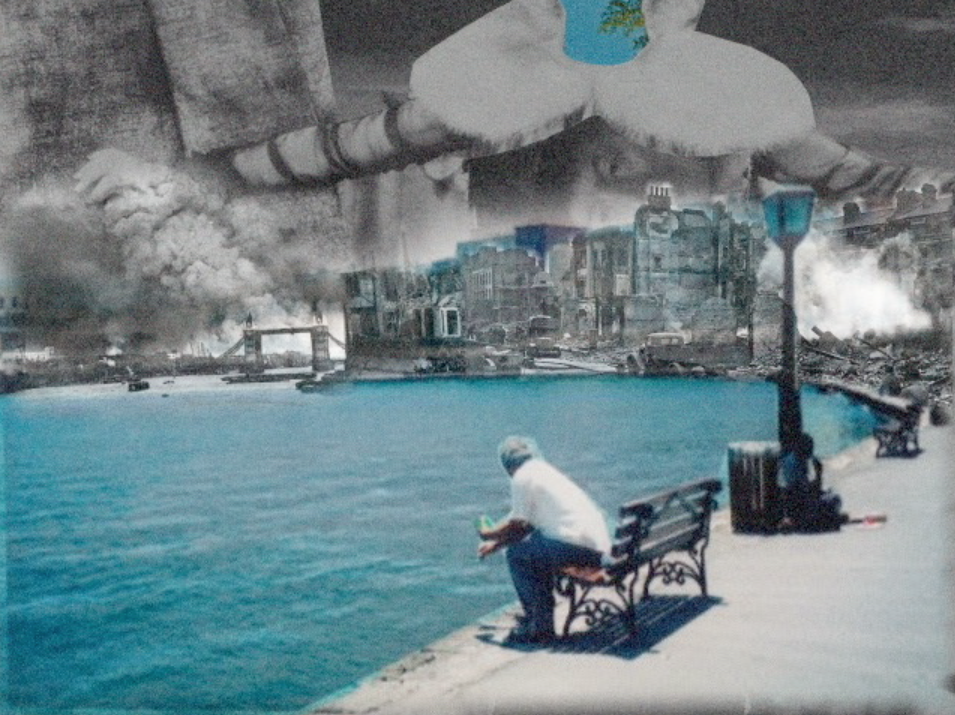 SA: How did you spend the time in your studio—did you start any new projects?
PK: My studio and its members have had exhibitions throughout my time there so I have had projects running from the offset. I have been able to make new work for my first solo show at The Arches in Glasgow, and I am currently working on a project to be shown in Open House Festival, an artist-led and community based organisation offering audience and artist an alternative approach to exhibiting work.

SA: For those who missed the New Sensations 2013 show, could you recount your experience, and what it was like to win?
PK: The whole experience was overwhelming. I was fresh from graduating and the Victoria House space as well as the quality of art at the show was to a level above and beyond my expectations and nothing like any of the shows I had exhibited at previously. The exhibition opening was a lot of fun— I had an Absolut cocktail named after me!

Check out Philippa’s latest work on view at the New Sensations exhibition at Victoria House in London 14-18 October from 11am-6pm daily, and view her portfolio on Saatchi Art.

Many thanks to our ongoing New Sensations partner, Absolut, for its third year supporting the shortlisted artists through three new Absolut commissions and an artists’ studio fund.