This is the time of year to either welcome monsters in our homes or to transform into them as we approach Halloween, which makes the timing of the second season debut of Stranger Things quite fitting. The Netflix original captivated audiences last summer by masterfully merging the suspense of a sci-fi drama with nostalgic details reminiscent of Steven Spieldberg films from the eighties and nineties.  The horror and suspense continued to build throughout the series as a particular monster, Demogorgon, terrorized the town with its multidimensional travel causing one of the town’s residents to go missing.

Inspired by Demogorgon, we have created a list of monsters imagined by notable artists that are both unsettling and intriguing—they would certainly be considerations for residence in ‘The Upside Down.’ 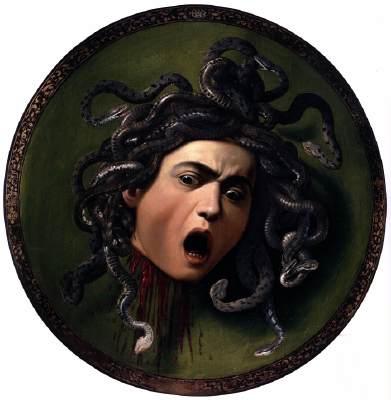 Inspired by Greek mythology, Caravaggio painted two versions of Medusa, the second of which is painted on a shield to symbolize ‘the triumph of reason over the senses;’ the shield symbolized courage when defeating enemies when it was commissioned in 1601.

Salvador Dali, Inventions of the Monsters

When this particular work was acquired by the Art Institute of Chicago, Dali wrote a letter to the institute describing the ominous work. He states:

According to Nostradamus, the apparition of monsters presages the outbreak of war. This canvas was painted in the Semmering mountains near Vienna a few months before the Anschluss and has a prophetic character. Horsewomen equal maternal river monsters. Flaming giraffe equals masculine apocalyptic monster. Cat angel equals divine heterosexual monster. Hourglass equals metaphysical monster. Gala and Dali equal sentimental monster. The little blue dog alone is not a true monster.

Edvard Munch created several versions of this painting titled Love and Pain; he also created woodcuts in a similar motif titled Vampire II. The title of this work along with the intentions of the subjects are both open to interpretation; some view it as a depiction of a woman and man embracing, which was the artist’s intent, while others view the woman to be a vampire feeding off a submissive prey.

Little is known about Hieronymus Bosch, a mysterious artist, who created the detailed triptych The Garden of Earthly Delights, providing viewer intimate access to the artist’s imagination as he depicts the consequences of humans falling to temptation with haunting imagery and symbols strewn throughout.

This haunting work by Spanish artist Francisco Goya depicts Saturn eating his son, a nod to Greek mythology in which Cronus fears that one of his children will overthrow him based on a prophecy, so he decides to eat his offspring upon their birth. Eventually his wife got clever and hid one of her sons, shipped him off to a distant island, which ultimately fulfilled the prophecy Cronus feared.

French artist Odilon Redon created dark surreal works that are a “synthesis of nightmares and dreams.” The artist states:

“My drawings inspire, and are not to be defined. They place us, as does music, in the ambiguous realm of the undetermined.”

Intrigued by art? Have articles from Canvas, curated collections, and stories about emerging artists delivered straight to your inbox. Subscribe to Saatchi Art newsletters for your daily art brief. 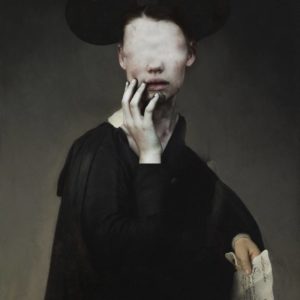 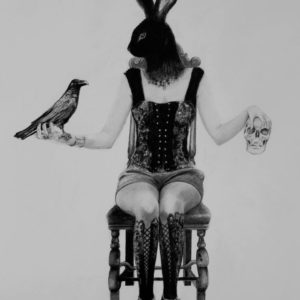 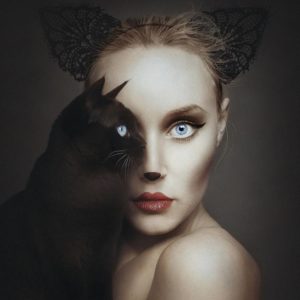 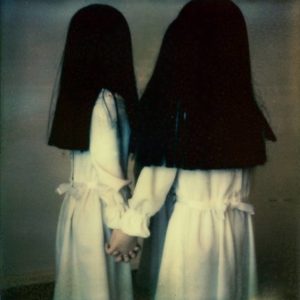 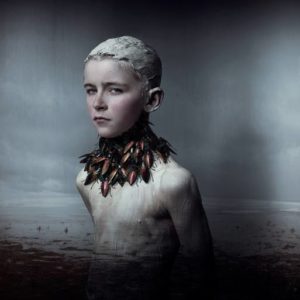 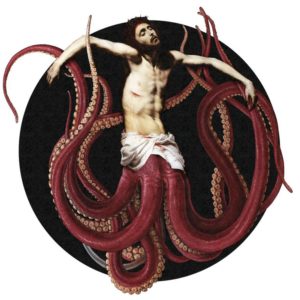 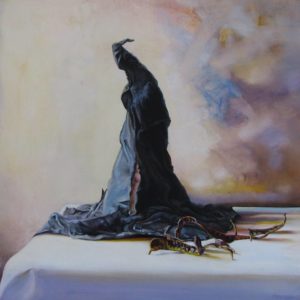 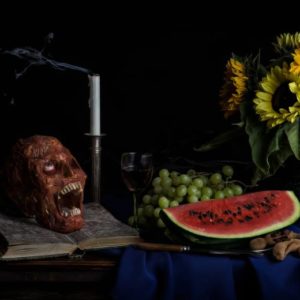