Who Was Francis Bacon?

Upon viewing a Francis Bacon painting, one is immediately struck with a pervasive emotional intensity, twisted expressions and bruise-colored flesh. While the identity of any painter is of keen interest, Bacon’s work particularly begs for a deeper understanding of its creator. Get to know a little about the life and practice of provocative painter and illustrious bon vivant Francis Bacon.

Francis Bacon was born in 1909 to parents of English descent, with ties to prominent figures of the Elizabethan era. Bacon’s father served in the War Office, which meant much of his youth was spent moving throughout England and Ireland amongst war and early nationalist movements, conjuring feelings of displacement coupled with shame for his effeminate manner. After his father caught him trying on his mother’s clothing in 1926, Bacon was forced out of the house onto his own with little money. After a few years spent traveling around Europe, trying new ways to make a living, Bacon became inspired to paint after he saw the work of the Surrealists in Paris.

He developed his signature style early on, producing a portrait in 1932 depicting a young girl with spotty diseased skin in shadowy blacks and red, drawing inspiration from Henrik Ibsen’s play Ghosts. Though he enjoyed recognition for his work early on, Bacon didn’t hit his stride with painting both personally and professionally until the 1940s. His passion was reignited during WWII, in which he never properly served due to asthma, producing what he considered the “true beginning” of his work with Three Studies for Figures at the Base of a Crucifixion (1944), displayed at Lefevre Gallery. The painting features a crucifixion scene with biomorphic forms aped after Greek furies and goddesses of revenge, striking in its near frightening undercurrent of pain and suffering. The reception of the work was overwhelming, catapulting him into recognition and shaping British post-war art.

Bacon had his first solo show in 1949 at Hanover Gallery, exhibiting works that would become synonymous with his career. Entitled Heads, the pieces in the show were inspired by a scene in Eisenstein’s 1925 Soviet silent film Battleship Potemkin. In Bacon’s sinister reinterpretation of Diego Velasquez’s Pope Innocent X, the pontiff’s face is screwed into a shriek while his surroundings drip and deteriorate. Motifs of vivid darkness, biomorphic figures, and surreal lyricism became Bacon’s artistic focus for the rest of his career, which attracted both criticism and praise. The exhibition of his work Two Figures, depicting two men expressly coital, drew negative attention for its homoerotic undertones.

Despite the existential subject matter of his paintings that might suggest otherwise, Bacon was charming and sociable. His large circle of friends became the inspiration for his later work, often painting portraits of his close friends that displayed an even heightened sense of psychological intimacy.

Among the best known are Bacon’s portraits of Lucien Freud, fellow painter and close friend, and his longtime lover George Dyer. The two had a tumultuous relationship fueled by Dyer’s fondness for alcohol and causing a scene. Dyer appears in over forty of Bacon’s paintings, inking a sort of emotional timeline of their relationship that runs the gamut from infatuation to bitterness. Dyer took his own life in 1971, on the night of Bacon’s retrospective opening at the Grand Palais in Paris, marking a turning point in Bacon’s late career toward more macabre subject matter.

Bacon increasingly began to paint self-portraits in his later years, claiming that, “people around me have been dying like flies and there is nothing else to paint but myself” (The Art Story). His self-portraiture often featured a warped assemblage of his face, isolated from his body or any surroundings.

He spent the remainder of his life painting and recoiling from his social life. The artist completed a triptych series for Dyer, and had a retrospectives at the Tate and Hirshorn Gallery, as well as an exhibition at The Met. By 1989, he was the most highly valued living artist, auctioning at Sotheby’s for upwards of $6 million. The artist suffered a fatal heart attack in 1992, but his influence over art remains immense. 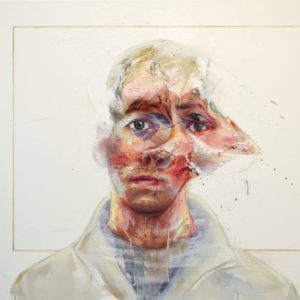 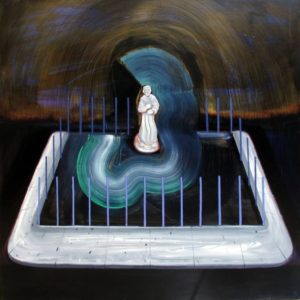 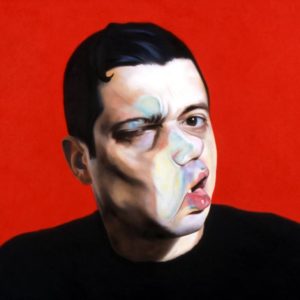 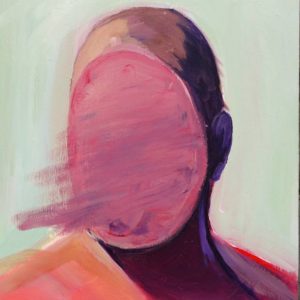 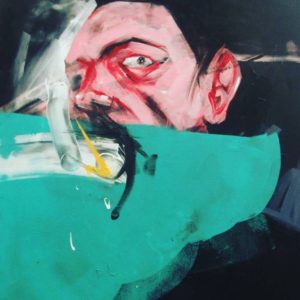 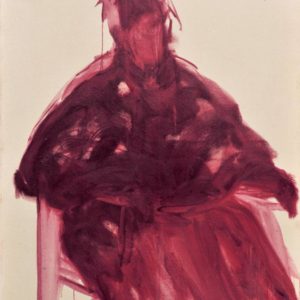 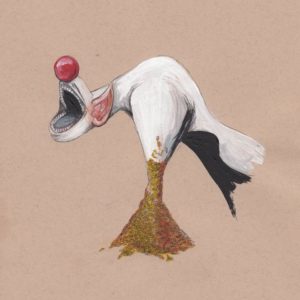 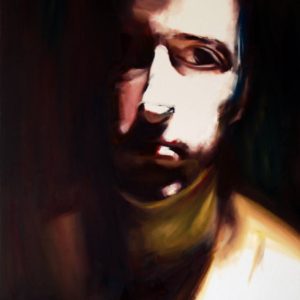 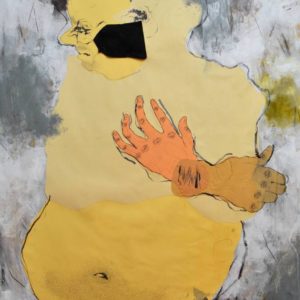 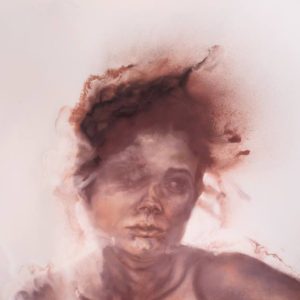