Out of this World: Andy Warhol’s Moonwalk

On July 20th, the world celebrated the 50th anniversary of the first moonwalk in 1969,  a defining moment of the modern era, human progress and innovation. One image forever embedded in our minds is that of Buzz Aldrin’s first moonwalk during the Apollo 11 mission. Ever-consuming and recreating major moments in American culture, Andy Warhol added his own twist to the historic image almost two decades later. Executed in 1987, Warhol’s Moonwalk prints were among the last works that the artist completed before his untimely death.

Warhol’s Moonwalk was intended to be part of a series entitled The History of TV, highlighting images of famous televised moments, which would have included ones of I Love Lucy and the Beatles’ legendary performance on the Ed Sullivan Show. At the time of Warhol’s sudden death in February 1987, Moonwalk was the only part of the History of TV Series that had been completed.

Warhol’s Moonwalk from Apollo 11 is the most famous artwork to come out of the NASA Art Program. Despite the portfolio’s focus on the influence of television, the photographs used in the final composition are from images that never appeared on TV.

Warhol combined two separate photographs of Buzz Aldrin (above) and the American flag (below), both taken by Neil Armstrong, to create the screenprint. The resulting composition is iconic of Warhol’s printmaking, illustrating the lasting impact of the moon landing as well as the artist’s powerful effect on American culture.

Warhol’s Moonwalk best typifies Warhol’s other-worldliness, as an artist out of his own time and a forever-chronicler of 20th century popular culture. It can be said that Warhol’s art was a small step for the Sixties, but a huge leap for the Pop Art movement.

View the Spaced Out Collection

Select Works from Our Spaced Out Collection 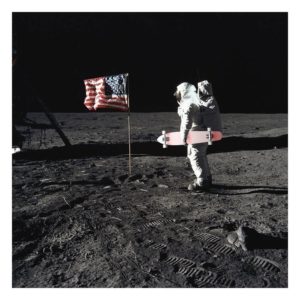 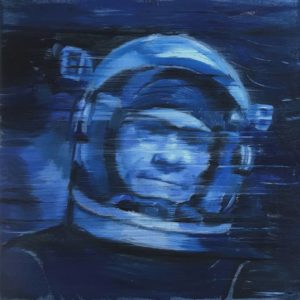 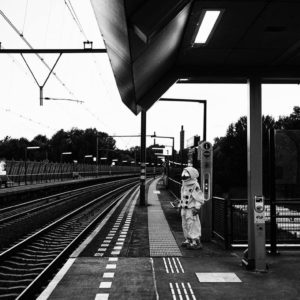 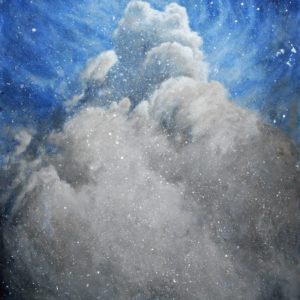 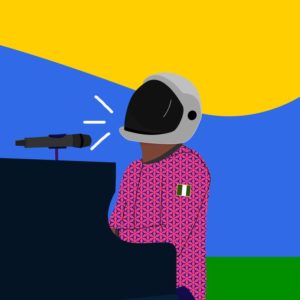 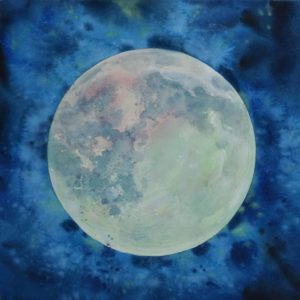 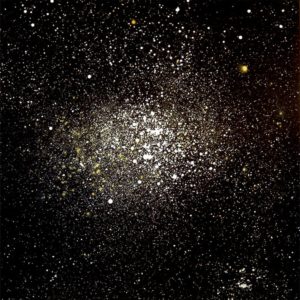