Impressionism and Beyond: Pierre-Auguste Renoir

Pierre-Auguste Renoir was born in France in 1841 to working class parents. His first job was as a painter in a porcelain factory, where his work was highly praised. This drew attention toward his natural artistic ability. When he left the factory, he went to train in the studio of Charles Gleyre, a renowned artist who also taught Claude Monet. It was while studying with Gleyre that Renoir, along with his friends Monet, Jean Frèdèric Bazille, and Alfred Sisley, began experimenting with what would become the Impressionist style.

Painting en plein air (outdoors) instead of in the studio, Renoir and his friends studied how light and color interact in a natural environment, working with quick brushstrokes to capture a fleeting moment. He and Monet discovered that shadows are not truly black, but rather reflected color, and eventually they omitted black from their palettes entirely. Though Renoir and Monet often worked side-by-side, their styles differed in that Renoir tended to focus more on figures while Monet focused more on nature.

Read on to learn about the evolution of Renoir’s style by taking a look at some of his well-known paintings.

Both Renoir and Monet painted the Frog Pond (La Grenouillère) many times as they developed their Impressionist style. In this version by Renoir, he carefully observed how color and light are reflected in the water and in the leaves of the trees. Despite his thick, short brushstrokes, he paid careful attention to rendering each figure on the platform individually.

Renoir had little success in his early career. He believed he had to show his work at the Salon (the most respected exhibition of art which was dictated by the Academy) to gain notoriety, but the Salon did not approve of Impressionism. He finally began showing with the Impressionists in 1874, and his career began to take off.

Renoir’s best-known work, Dance at the Moulin de la Galette depicts a bustling scene of vibrant life at La Moulin de la Galette in the neighborhood of Montmarte in Paris. Here working class citizens gather for drinking and dancing. Renoir’s loose style captures the movement and activity of the busy scene, while maintaining the individuality of his main subjects. Most noteworthy, however, is his masterful portrayal of the dappled light filtering through the trees onto moving subjects.

Luncheon of the Boating Party, 1881

Renoir stopped exhibiting with the Impressionists in 1878. He began to feel that Impressionism was too loose and that art needed more structure. In Luncheon of the Boating Party, Renoir used a tighter composition and more crisply defined his figures. Despite the restraint shown in his brushstroke, he maintained the keen attention to light and color that he learned with the Impressionists. During this period, Renoir left France to study the old masters in Italy, Spain, and England. He was particularly influenced by the great colorist Peter Paul Rubens, French Rococo artist François Boucher, and Romanticist Eugène Delacroix.

Painted on commission for the Musée du Luxembourg, Young Girls at the Piano reflects Renoir’s late style and his departure from Impressionism. The neat composition, clean lines, and carefully rendered textures show the influence of Rubens, Boucher, and Delacroix. The subject and composition hearken more to Academic tradition, and forsakes plein air painting entirely. Still, the influence of the Impressionists can be seen in Renoir’s use of color, light, and shadow. Note, for example, the variety of colors used to create the texture and drapery of the curtain behind the piano.

Despite numerous health concerns, Renoir continued to paint until his death in 1919, creating thousands of paintings over the course of his career. He is remembered and revered as one of the leading figures of the Impressionist movement and as a master of light and color. His loyalty to color and departure toward more constrained compositions influenced many Post-Impressionists and Fauves, inspiring the next generation of modern artists. 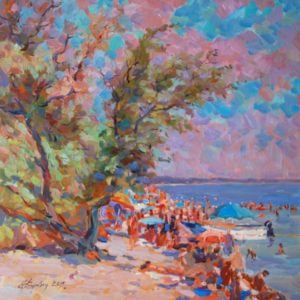 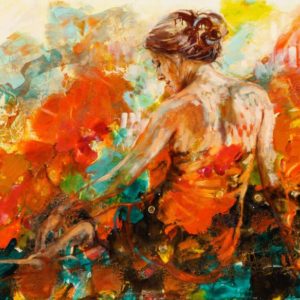 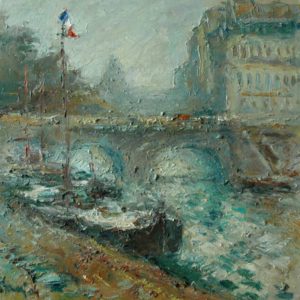 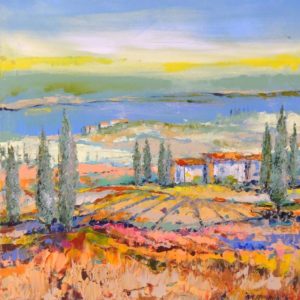 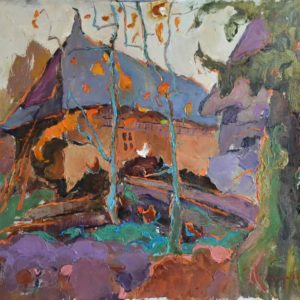 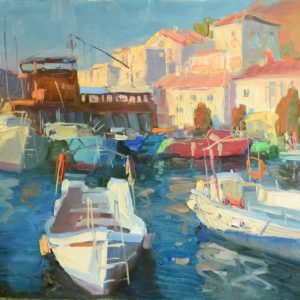 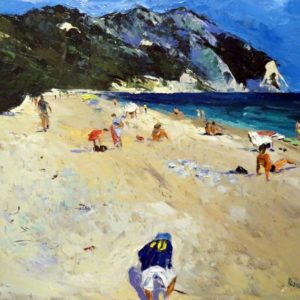 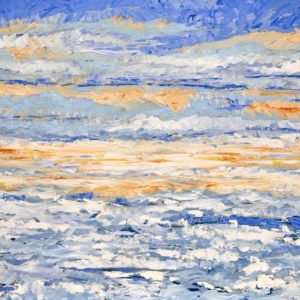 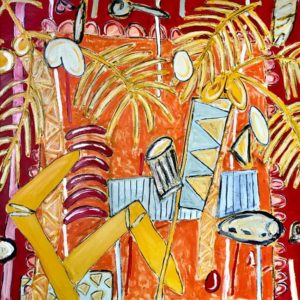 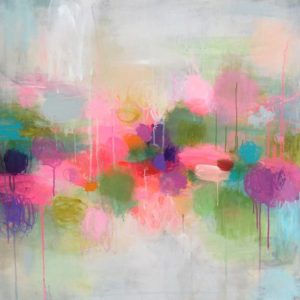 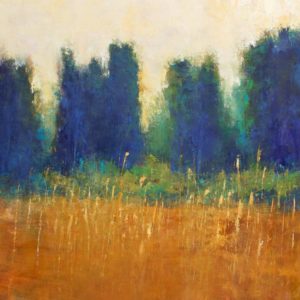