“Only those who attempt the absurd will achieve the impossible. I think it’s in my basement…let me go upstairs and check.”
M.C. Escher

Maurits Cornelis Escher (1898-1972) is one of the world’s most famous graphic artists. Escher continually affirmed, that he was without formal mathematical training, that his understanding of mathematics was intuitive and self-taught.

His unique and groundbreaking optical visions are used to create vertiginous perspectives and mathematical relationships among shapes, figures, and spaces. Escher captured his “impossible objects” in the media of lithographs and woodcuts, and a select few mezzotints.

In the grand traditions of Dutch artists, Escher began his art studies at the School for Architecture and Decorative Arts in Haarlem, but quickly abandoned architecture to pursue a career as a graphic artist. By the end of the 1920s, during which he had travelled extensively in Italy and Spain, Escher was consistently exhibiting his work in Holland. Escher’s drawings and prints during this time were very observational, depicting the curving roads of the Spanish countryside or the details of monumental Roman structures exactly as he saw them.

Starting in the 1920s, after he went to the Alhambra Palace in Granada, Spain, and meticulously copied the lavish Moorish tiling and geometric patterns, Escher began to experiment with the concept of tessellation — irregular shapes or combinations of shapes interlocking completely to cover a surface or plane. Replacing the abstract patterns of Moorish tiles with more recognizable figures like animals, Escher developed his “regular division of the plane.”

After 1935, Escher really found his passion and talent for creating formally inventive and geometrically-inspired images; and his interest moved from highly realistic landscapes to something he described as “mental imagery”, and based more on mathematical theories.

The dizzying Moorish patterns from the Alhambra Palace continued to inspire Escher as he played with the concept of “metamorphosis”. The idea of metamorphosis — one shape or object turning into something completely different — became Escher’s obsession.

In Reptiles, the fantastical creatures change from two-dimensional drawings on a sheet of paper to three-dimensional beings. Escher frequently makes his studies of tessellation and metamorphosis more dramatic through his treatment of light, utilizing his chosen medium of lithographs and woodcuts to create vivid contrasts of black and white.

In 1948, Escher created one of his most famous images, Drawing Hands, depicting two hands, each drawing the other with a pencil. It is a perfect example of one of Escher’s unwavering fascinations: the contrast between the two-dimensional forms alongside the illusion of three-dimensional objects. In Drawing Hands, space and the flat plane coexist, each emerging from and returning to the other, Escher’s abilities in artistic illusion on full display.

Escher continually explores complex architectural mazes involving conflicting perspectives and the representation of impossible spaces. Escher’s depiction of these “impossible spaces” and the endless staircase were inspired by the British mathematician Roger Penrose and his father, the geneticist Lionel Penrose. The artist creates mystifying spatial effects by combining various, often contradictory, vantage points, for instance, looking up and down at the same time.

Perhaps his most famous work, Hand with Reflecting Sphere is a self-portrait of Escher holding a clear crystal ball on his fingertips. The piece is symmetrical, yet focuses on the distortion of his reflection. The viewpoint from Escher to the crystal ball represents reality while the reflection of the crystal ball back to Escher represents a warped reality and Escher’s perception of it. The work exemplifies constant themes in Escher’s works, from perspectival games to depictions of disparate worlds finding common ground.

Because of his artistic vision and visual legacy, Escher is widely celebrated from mathematicians and scientists to major figures in popular culture. His prints adorn British 1960’s album covers (although he was unsuccessfully courted by Mick Jagger for an album illustration) and worked with Stanley Kubrick to transform 2001: A Space Odyssey into a “fourth-dimensional film”. Escher continues to delight with inspiring imagery and curiosity.

Select Works from Our Inspired by M.C. Escher Collection 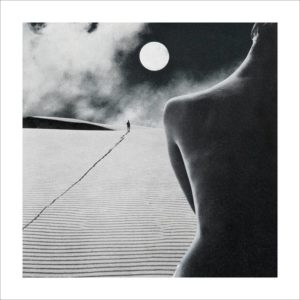 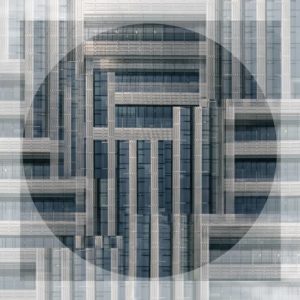 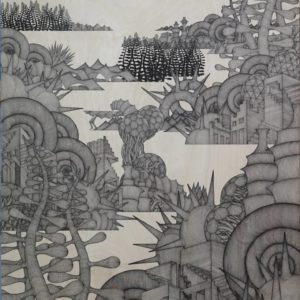 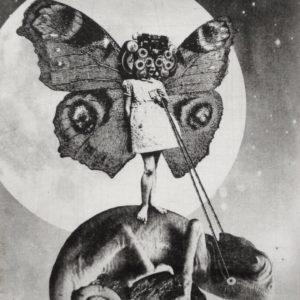 The Girl and The Chameleon 190 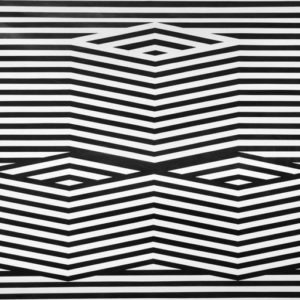 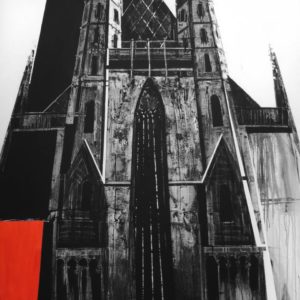 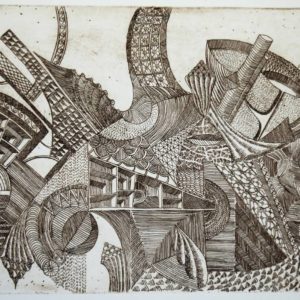 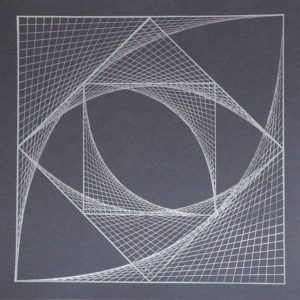 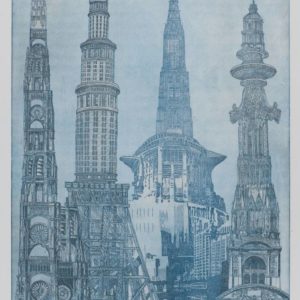 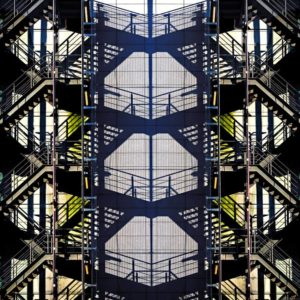 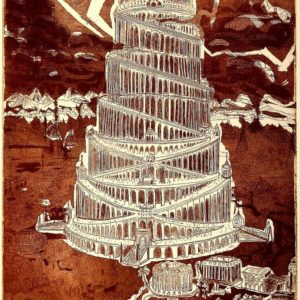 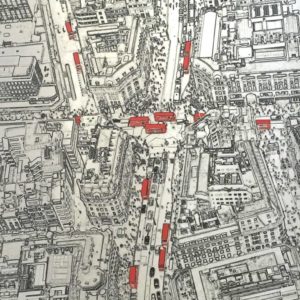