Andy Warhol: The Man Behind the Icon

Two things are uncontroverted on the momentous occasion of pop artist Andy Warhol’s 90th birthday: One, Warhol’s artwork is as relevant today as it was during his lifetime; and two, Warhol’s greatest creation was the icon of himself. Warhol was as bold and unapologetic as his art, as he famously quipped, “Art is what you can get away with.” Looking back from now to then, Warhol clearly got away with quite a lot.

As being one of the most prolific artists of his time — mass producing his works through an assembly line process at his infamous silver-walled studio, The Factory — Warhol’s aloof, spiked, silver-haired icon is indelibly stamped on the 1960’s as an artist, revolutionary and leader of the Pop Art movement.

Few historical figures emerge from the blur of the fast-paced 20th century with single-name recognition and notoriety — Jackie, Elvis, Nixon, Marilyn, Basquiat, Pollock, Bowie, Madonna — Warhol.  Trained as a commercial artist, he brought the ethos of advertising into fine art, famously proclaiming, “Making money is art and working is art and good business is the best art.”

The artist is well-known for appropriating images of celebrities and political figures from the media, then mass-producing them through large-scale silkscreen prints on canvas. Warhol’s name remains synonymous with Pop Art as his work both ridiculed and celebrated consumerism and celebrity culture during the 1960s-80s.

Not only do Warhol’s images of the cultural icons of his time emanate from one of the most politically-charged, creative and expressive periods of the 20th century, they also convey a contradictory critique on the themes of popular culture, society, celebrity, and consumerism that captivated Warhol’s artistic imagination.

Warhol distilled his philosophy  into its essence when he said, “Everything has its beauty, but not everyone sees it.” Ultimately, the artist saw the beauty (and marketability) of everyday images and capitalized on what others fail to see.

The iconic, illustrative depictions of consumerism and celebrities from the 1960s-80s may have had a deeper, more personal meaning for the artist. As a child, Warhol dealt with issues surrounding his image — coming from a poor Pittsburg family, persistent health problems, and a perpetual lust for all things beautiful — and felt an insatiable drive to become beautiful and famous like the celebrities he idolized.

Dubbed the Pope of Pop, the artist reinvented the way art was created and marketed through his awe-inspiring productivity and iconic images of American life. The volume of work Warhol produced throughout his artistic career is massive: he created around 10,000 works of art from 1961 until his death in 1987.

Warhol continually generated single canvases or diptychs with multiple portraits, repeating the image of American icons in a single work. He used this technique of repetition to explore the theme of identity, believing that with fame, celebrities stop being individuals and their images become mere products for mass-consumption. Naturally, Warhol portrayed himself exactly like the celebrities he immortalized, with bold colors and a repeated image, declaring himself an American icon.

Warhol’s intense fascination with stardom, immortality through celebrity-status and beauty drew him to iconic figures from the one-of-a-kind Marilyn Monroe to the personalities of the political sphere like Jackie Kennedy. Warhol began producing his Marilyn portraits the day of her death in 1962 and his images of Jackie Kennedy were created just days after the assassination of her husband in 1963. As an artist/marketeer, he keenly perceived social trends and sorted the extraordinary events and personalities from the ordinary.

The mesmerizing elements of Warhol’s portraits — the use outrageous colors and polarizing contrasts — take the art from the ordinary and everyday to the iconic and sublime. Warhol made both his career and his infamous brand playing against type. 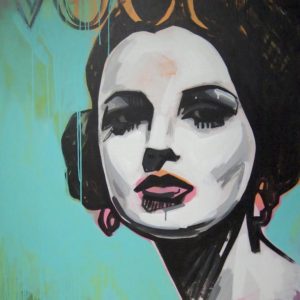 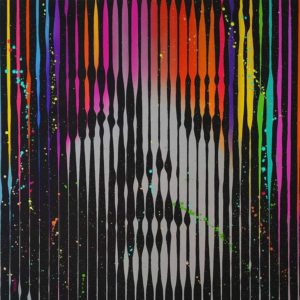 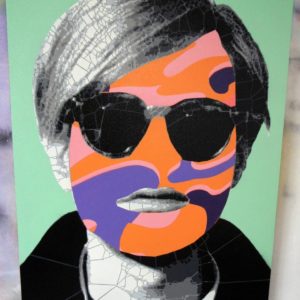 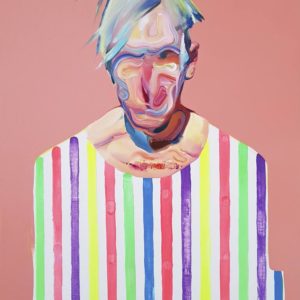 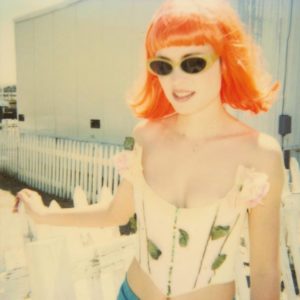 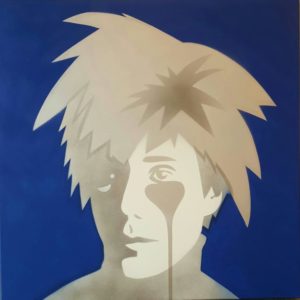 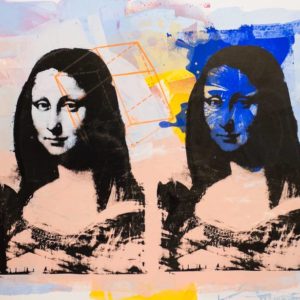 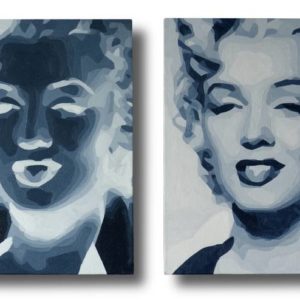 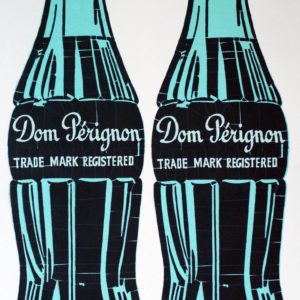 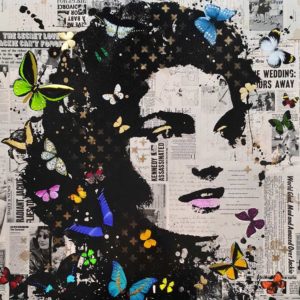