Inside the Studio: Tate Ellington

Get a glimpse Inside the Studios, a weekly IGTV series where our regional Fair Directors get taken on a personal Live tour around the workspaces and collections of The Other Art Fair exhibitors. Head to our IGTV to watch the interviews in full.

Tell us a little bit about yourself, your career and your creative practice.

I was born and raised in Madison, MS. Madison was essentially a one stop light town, but as I grew up it became the ultimate suburbia. I believe that this sort of standard “New Country Amerciana” upringing had held sway over my work. I attended the University of Mississippi where I received a BFA in acting. After college I moved to Columbus, Ohio and from there to New York. I lived in Brooklyn for 8 years before ultimately landing in Los Angeles. I painted in high school but, abandoned it in college. It wasn’t until I reached New York years later that I rediscovered painting. Through reading instructional art books and a lot of trial and error I began to teach myself how to paint with oils. I am still learning.

Your work resembles 20th Century Surrealism by focusing on irrational and obscure imagery. Did this movement influence your practice?

I would say that surrealism has played heavily in my work. Growing up Dali and Magritte where two of my favorites to absorb. I wanted so badly to understand them. I thought if I looked long enough maybe I would. Or that I might simply fall into the images. Later I would discover Francis Bacon, Frida Kahlo and Lucian Freud. I also harbor a deep love for Max Beckmann, Otto Dix and Odd Nerdrum. I grew up hunting and fishing at a very young age. I no longer hunt, but I feel that that mix of nature’s beauty mingled with the violence of destroying it has left a very strong mark on my life as well as my work and leads to the surreal aspect of my paintings. The subject matter and backgrounds to many of my paintings reflect those times I spent in the woods, cotton and soybean fields as a child, staring at a gorgeous sunset while following a blood trail that ultimately lead to suffering and death.

Can you explain the narratives of anxiety and isolation that run through your works? Where did this concept originate?

I am, at my core, an utterly anxious individual. I replay entire conversations in my head while actively participating in them. Because of this it is difficult for me to hold onto memories or to make them at all. I am never truly present in any situation because I am constantly dissecting it and passing judgment on it. All alone in the empty space of my consciousness. The subjects in my paintings mirror those feelings. Standing alone in space. I am never quite sure however, if the subject in the painting is the one observing or the one being observed. The strongest influence on my work to date was a facial reconstructive surgery textbook I discovered at the Strand Bookstore in New York. It was printed in the sixties and was filed with black and white photos of patients staring dead into the camera. A gallery of before, during and after images. In all of them you saw every range of emotion. You knew they were scared, or anxious, exhilarated, hopeful or flat out terrified of what was coming. They were isolated and alone in their feelings. However, at the same time the images evoked such a strong sense of acceptance. I can’t really explain it, but it has guided my work ever since.

How do you hope that audiences will interpret your work?

I want the audience to feel uncomfortable. Or at least a sense of unease. I have always hated what I consider to be safe art. Just something pretty to put on a wall. I would consider Andrew Wythe’s painting “Christina’s World” to be one of the most unsettling paintings of all time. I love that painting and it terrifies me. I want the audience to feel that same sense of isolation, but not fear of it. At the opposite end of that spectrum I want them to take comfort in the fact that they are not alone. They are standing with the subject in the painting and the painting is standing with them.

Who are the subjects featured in your portraiture pieces, and why have you chosen to highlight these characters?

The subjects in my work are taken from many sources. I still reference that old medical textbook as well as others I have purchased on eBay or discovered at used bookstores over the years. I love used bookstores they are an absolute treasure trove. I love the smell, the yellowed pages and the knowledge that this book has led a life that I will never know. I also use photos I have taken myself of friends and family. I tend to work two ways, either I take and empty canvas, some black paint and just start slashing away at it to see where it takes me or I pick a face out of my collection, then bend and distort it, until it feels right. I never want to make an accurate portrait of the subject matter. At least not visually accurate. I would rather be accurate to the soul.

Finally, what have you been working on lately, and/or what is your next project?

When I read this question, I laughed out loud. Unfortunately, due to the pandemic I have barely had time to pick up a brush. I have two of the most amazing little women in my life, my two strong and fierce daughters. Since they have not been in school or daycare for the past 5 months it has fallen to my wife and I to become full-time teachers as well as full time entertainers. I have built at least a thousand forts as well as hosted a thousand tea parties and fashions shows. I have however been able to draw each night which has kept me sane. I use markers or I draw on my iPad. These drawings are what will be guiding me through the next phase of my work. The images I am working on are much more abstract, but they still hold in the realm of the figure. The colors are much bolder however I will keep my muted and isolated backgrounds. Hopefully, I can find some time in-between fort building and fashion shows to make these paintings a reality. I hope to share them all with you in the near future.

Follow The Other Art Fair’s regular ‘Inside the Studio’ series on Instagram with Live talks between Fair Director’s and Fair Artists, and shop all Fair artists via the Online Studios. 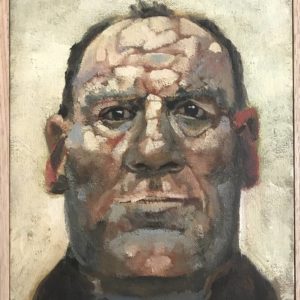 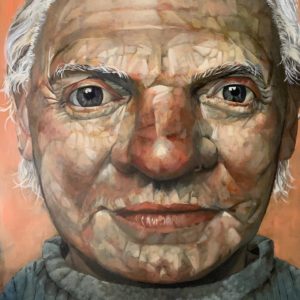 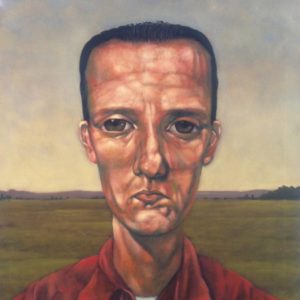 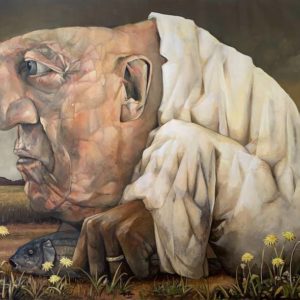 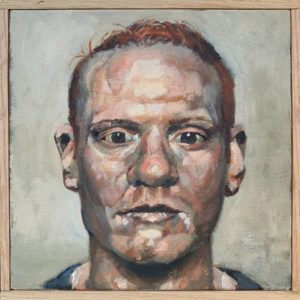 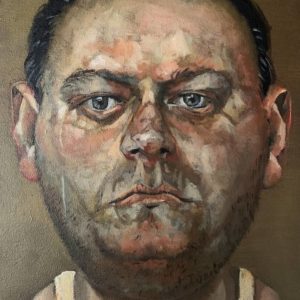 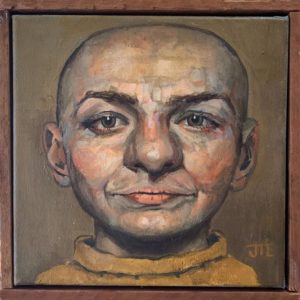