Kevin Callaghan received his MA from the Royal College of Art in 2013 and finished his residency from The Glasgow Sculpture Studios in March 2018. He currently lives and works in Glasgow, while presently representing Ireland in The European Ceramic Context Biennale in Bornholm Art Museum. Kevin’s international exhibitions include showings at Dublin Castle, The London Art Fair, the Saatchi Gallery, and the Cynthia Corbett Gallery. In 2015, Callaghan exhibited “What is Luxury”, a ceramic collaboration with Unknown Fields Division and Toby Smith at the Victoria and Albert Museum in London, which received extensive press worldwide, and was featured in the Guardian and the New York Times. He was also a recipient of the Young Masters Art Prize. In 2019, Kevin will showcase a solo exhibition at The Letterkenny Regional Cultural Centre and a collaborative exhibition with Peter Carroll A2 Artchitects at The European Culture Centre.

My work investigates ideas and conjectures about Utopian philosophy and science fiction. Simultaneous color combinations and form are important in order to maximize optical dynamism and vibrancy. I use universal mathematical structures as a point of departure, and I search for a means to portray the notion of “travel.” This is realized scientifically throughout the production of artworks. The work attempts to question order and chaos and encourages curiosity, wonder and an exploration of the cognitive state.

I have worked in many different mediums throughout my career. The way I work now falls into the category of painting, but it is still very process-based. I had worked with metal in a two and a half dimensional way, but then I began to work with birch: cutting it with a CNC machine that creates a strong groove running through the piece gives me the 3-D qualities that make this work so exciting. I have worked in 3-Dimensions for many years, but I get the best of both worlds with this current way of making, and it was a natural progression to produce in this way. I really like the building up of auto-spray layers, and I do a lot of sanding in between spraying, achieving the super high finish of the work.

When I was about 18, I started working with ceramics, and continued to do so for many years. I experimented a lot during my BA. I was very interested in gestural and spontaneous mark-making, and Japanese aesthetics. During my MA I saw a progression towards geometry, but I still feel the need to push boundaries and be spontaneous. Ideas around structure and architecture are something I play with, and I build a language for each piece I make throughout its composition. I still enjoy the idea of working in series.

What was the best piece of advice given to you as an artist?

“To go after things with a big bat.” I was doing a ceramic skills and training course in Ireland where I had been trained as a professional in pottery, and this quotation was up on the wall beside me. Over the years I have definitely received good advice from many people. A mentor I had for a while always talked about using my own skill set well, and this has been important in my career.

Who are some of your favorite artists and why?

Liam Gillick is a favorite of mine, for his Utopian thinking, and he has made some really strong work over the years. I have gotten really into Josef Albers work as of late, and I sometimes refer back to him for color inspiration. Then there’s Carmen Herrera, who inspires me from a minimalist level. From my background in ceramics, Peter Volkous has always meant a lot to me. He had always shown great integrity in his work and made some amazing work in his life time. Finally, during my masters thesis at the RCA, Dan Flavin played an important role in my growth through my writing and visual understanding. 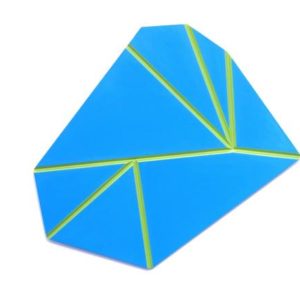 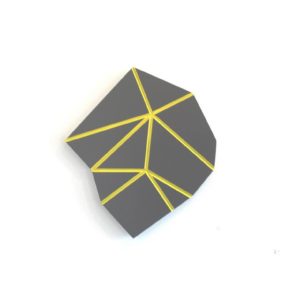 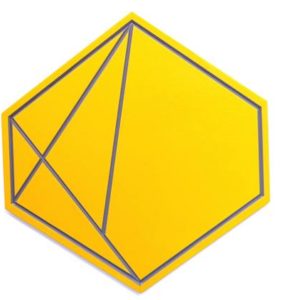 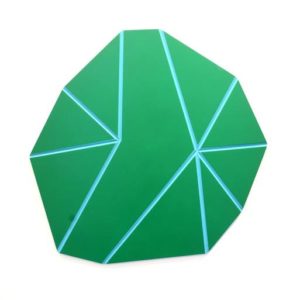 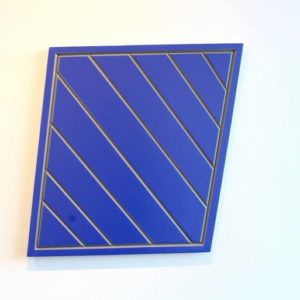