Angela Maasalu is an Estonian artist living and working in London, UK. She holds a BFA in painting from the University of Tartu, and is currently working on her MFA at Estonian Academy of Arts. Her artwork explores political conflicts, everyday banalities, war, memory, and the dichotomy between happiness and depression. She culls her imagery from old photographs from her youth and contemporary culture. By blurring out the features of her figures, she visually brings to life the notion that memories from childhood slowly fade and blur together with the slow passing of time.

What are the major themes you pursue in your work?
I´ve always worked with the figure. I´ve tried to distance myself from it, but so far I’ve been unsuccessful. The strange world of humanity keeps holding my fascination. There is so much controversy, misery and beauty out there in the world.

A couple of years ago my work was mostly dealing with my own inner issues and difficulties.  I´ve moved on from there to grasp something broader, but who knows, I might come back to it. I do believe that artists who make art directly derived from their personal life are easy to relate to as a viewer, because it´s all universal, isn´t it?

Most of my recent paintings are based on images simply found on the internet (especially from the newspapers). It moves me how something very tragic often appears to you on the newsfeed side by side with something absolutely silly from everyday life – gossip, fashion, love, food, war, politics, economy – and how it is somehow all connected. How do we understand or comprehend it  – if we do? I’m also a massive stalker on social media, which I find fun and very useful in terms of observing how we represent things. I´ve often said everything seems rather banal, but I cannot be sure about it. It is not sensible to form such solid opinions.

What was the best advice given to you as an artist?
With all due respect to my previous tutors, friends, and family, I cannot remember something specific in terms of me being an artist. I suppose I´m not good at taking any advice, but that has definitely caused me a lot of difficulties. I seemingly rely on others a lot though, but question everything later.

Prefer to work with music or in silence?
Silence.

If you could only have one piece of art in your life, what would it be?
Perhaps Women of antiquity – Myrtis by Anselm Kiefer in the middle of my living room?

Who are your favorite writers?
Literature (and stories in general) is my other main passion besides art, so it is hard to pick specific ones. If I have to choose, then I suppose the ones that have affected me the most would be Robert Musil, Rainer Maria Rilke (with his amazing The notebooks of Malte Laurids Brigge), Michael Ende, Albert Camus, Franz Kafka, and Mati Unt.

Works for sale by Angela Maasalu 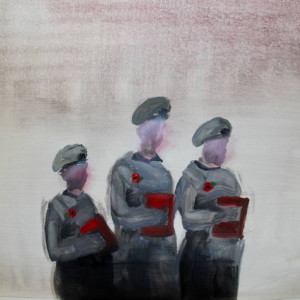 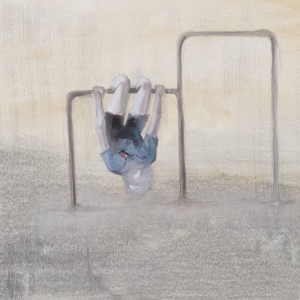 Boys Best Friend is a Sparrow I 850 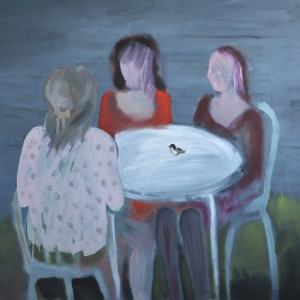 Picnic (Inability To Start A Conversation) 1,500 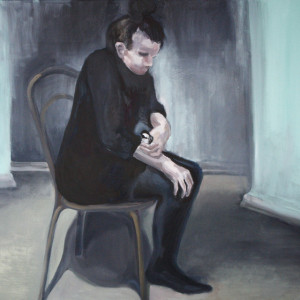 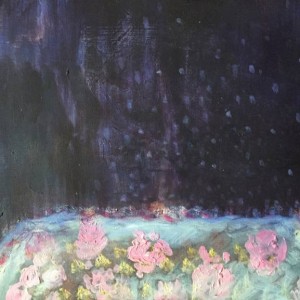